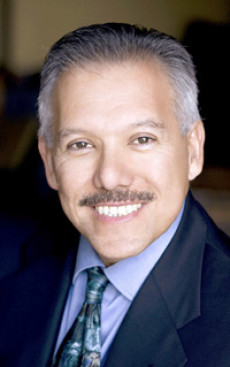 Juan Meza, acting director of the Computational Research Division and head of CRD’s High Performance Computing Research Department, has been named Dean of the School of Natural Sciences at UC Merced. The appointment, announced Friday, June 3, will be effective this fall.

"As I was considering this position, I was truly impressed by the quality of the faculty, the commitment and diversity of UC Merced's students and the great potential to help shape the development of the newest campus in one of the world's best public university systems," Meza said. "I'm looking forward to tapping into this great potential to help develop each student as an individual and the institution as a whole."

In his new position, Meza will manage an organization with about 50 faculty teaching in Applied Mathematical Sciences, Environmental and Evolutionary Sciences, Health and the Environment, Biomedical Sciences, Biological Chemistry and Physics, Atomic, Molecular and Optical Physics and Condensed Matter Physics and Chemistry. Meza will also be a professor at the school.

"We wish Juan great success in this next stage of his career, in which his commitment to outreach and educating future generations of scientists will prove invaluable," said Kathy Yelick, Associate Lab Director for Computing Sciences. "During his tenure at the Lab, Juan has raised the visibility of CRD and expanded its research portfolio, most recently through his leadership roles in several broad-based DOE projects such as ASCEM, the Advanced Simulation Capability for Environmental Management project, and the Carbon Capture and Sequestration Initiative, as well as the Recovery Act project to use applied math to improve the reliability of the power grid. Our organization has benefited from his leadership and we wish him all the best."

During his career, Meza has received a number of honors and awards. In 2009, he was elected a Fellow of the American Association for the Advancement of Science (AAAS). Meza was cited "for exemplary service to the federal energy laboratories and professional societies in enhancing research and research participation." In 2008, he was named recipient of two awards: the Blackwell-Tapia Prize and the SACNAS Distinguished Scientist Award.

In announcing Meza's appointment, UC Merced Executive Vice Chancellor and Provost Keith Alley said, "Dr. Meza is an accomplished researcher and a distinguished leader with an exemplary track record. He has demonstrated throughout his career the interdisciplinary, collaborative spirit that UC Merced has built into its DNA, and he is a shining example of the very diversity our campus is so proud of."

Meza joined Berkeley Lab in 2002. Prior to that, he was a Distinguished Member of the Technical Staff at Sandia National Laboratories from 1987-2002. He earned his Ph.D. in computational and applied mathematics from Rice University in 1986. Read more at: https://hpcrd.lbl.gov/~meza/