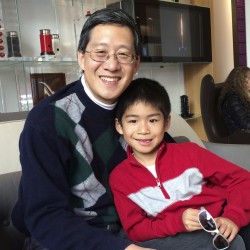 As the Energy Sciences Network’s (ESnet’s) newest software engineer, Bruce Mah will initially be working on a variety of projects including OSCARS, the facility’s virtual circuit reservation and management system, and iperf3, a network performance measurement tool.

Mah’s first interaction with ESnet occurred nearly 16 years ago. Shortly after earning his doctorate from UC Berkeley, Mah became a network researcher at Sandia National Laboratories in Livermore, California. After three years he left to pursue an engineering career in industry. Mah spent much of the last decade at Packet Design, a small networking company that makes routing analysis solutions.

“In a small company one wears a lot of hats,” says Mah. In addition to developing code at Packet Design, he performed release engineering, some IT and system administration, and project management. “I got interested in networking after taking an operating systems class while I was an undergrad at UC Berkeley, I thought the idea of computers being able to communicate with each other around the globe was just way cool.”

While working in industry, Mah also volunteered to be a release engineer for FreeBSD, an open source operating system project that involves people from around the globe. Born and raised in Fresno, California, he moved to the Bay Area after graduating from high school and never looked back. Mah spends much of his spare time building Lego models and playing iPad games with his six-year-old son, as well as preparing and eating good food with his family. He also likes to tinker with computers and technology in general. 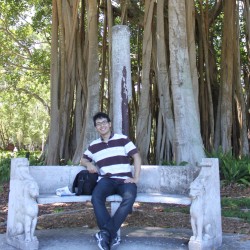 Originally from South Korea, Yoo came to the United States to pursue his doctorate in Computer Science at the University of Illinois at Urbana-Champaign in 2006. For his thesis, Yoo worked on an automated system to identify performance bottlenecks in applications. He adapted machine-learning mechanisms to fingerprint and identify the patterns of predominant hardware events associated with resource bottleneck in parallel applications and systems.

“I encountered an 8-bit computer in 1988 and became very interested in logical programmability, that was back when gamming made half my personal computer usage,” says Yoo. “The birth of Internet around late 90s was what eventually led me to study computer science as an undergraduate at Seoul National University.”

With a three month old daughter at home, Yoo doesn’t have much free time for hobbies. But he does enjoy watching sports and movies, listening to music, spending time with his family and the views of San Francisco Bay from his office and Grizzly Peak.