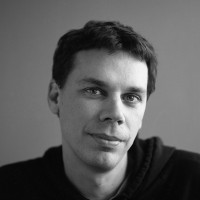 As the Energy Sciences Network’s new software developer and designer, Peter Murphy will be developing tools for ESnet’s “portal” website, which visualizes the network to help the staff understand how information is flowing. Before ESnet, Murphy spent eight years in the research and development group at Industrial Light and Magic, a division of Lucasfilm Ltd. that specializes in visual effects.

“My mother was a software engineer for a mining company in Australia long before women were software engineers, so computers were a part of growing up for me,” says Murphy, who recalls playing with stacks of punch cards as a toddler.

A native of Perth, Australia, Murphy studied engineering at the University of Western Australia. After receiving his Bachelors of Engineering degree, he moved to Scotland to pursue a Masters of Science degree in knowledge-based systems—which include artificial intelligence, robotics and computer graphics—at Edinburgh University.

In his spare time, Murphy enjoys running, biking and sometimes swimming. He completed his first Ironman race last year, and is currently training to run his second ultramarathron this fall. This past summer, he spent an entire month camping and backpacking in Alaska. 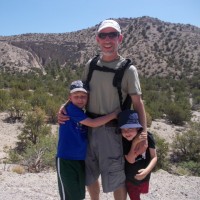 Before coming to ESnet, Mitchell worked 15 years at the National Center for Atmospheric Research (NCAR) in Boulder, Colorado. At NCAR, Mitchell helped design and procure the data center network for the Wyoming Supercomputing Center in Cheyenne, Wyoming. He was also the lead engineer for the Bi-State Optical Network, a private high-speed optical network that connects institutions in both Colorado and Wyoming to an aggregation point called the Front Range GigaPop. From here, researchers connect to the commodity Internet, or national research and education networks like Internet2, National LambdaRail and ESnet.

Although he was born and raised in Kansas City, Missouri, Mitchell spent the last 15 years of his life in Colorado. In fact, he will be working remotely from his home in Louisville, just outside of Boulder. He graduated from the University of Illinois in Urbana Champaign in 1993 with a degree in Computer Science. Before NCAR, Mitchell worked at the National Center for Supercomputing Applications with Jon Dugan and Patrick Dorn—both are now working at ESnet too.

“After 15 years, I decided it was time to move on to a bigger, more advanced network,” says Mitchell. “I was familiar with ESnet already as the [R&E network] community is not all that large.”

When he wants to get away, Mitchell is likely to fire up his Yamaha FZ1 sport motorcycle and go for a ride. That may involve taking some non-competitive (but still fast) laps on open days at the nearby High Plains Raceway, or, as he did earlier this year, taking a 2,500 mile ride down through New Mexico and Arizona. 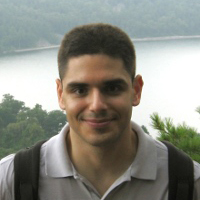 As the newest computer systems engineer in the Computational Research Division’s Scientific Data Management (SDM) Group, Spyridon Blanas will be working on techniques to speed up scientific data processing, especially for projects that utilize a system’s main memory.

“As RAM is becoming increasingly more affordable, datasets that are hundreds of gigabytes are now ‘in memory’ data,” says Blanas. “I found that redesigning the core of a traditional database system can improve performance by 10-times or more. During my time at the Lab, I will explore how to apply these techniques to process scientific data faster and make life easier for scientists.”

Blanas completed his doctoral dissertation at the University of Wisconsin-Madison this past summer. He is currently an Assistant Professor in Ohio State University’s Computer Sciences Department, and will only be at Berkeley Lab until December 2013.

According to Blanas, his interest in computing sparked in childhood. “I fondly recall spending many hours with an Atari ST. It was all mine to break when the family ‘upgraded’ to a PC -- that was around 1990,” he says. “The monitor was high-resolution (that meant 640x480
at the time) but black-and-white, so no good games were available. This forced me to explore other parts of the system. High-level languages were too complicated for a child, but the simplicity of the Motorola 68000 assembly reminded me of an expensive calculator I had access to at school.”