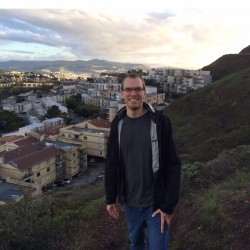 Before coming to NERSC, Rood was an associate research mathematician at Tech-X Corporation where he worked to increase the performance of NASA software using GPUs (Graphics Processing Units). The software is being used to analyze data from an instrument on the SAGE III mission, which provides accurate, long-term measurements of ozone, aerosols, water vapors and other key parameters of Earth’s atmosphere. These observations are crucial for understanding how natural processes and human activates influence Earth’s climate.

“I became interested in computers like many others, during high school. I began writing programs on my calculator that would solve my physics problems for me. My interest in high performance computing came from a parallel programming class I had in college where I wrote a program that utilized multiple computers to sort numbers,” says Rood. “Parallel programming felt very complicated at the time (and much more so now), but it was very satisfying to see the lights on the network hub the machines were connected to do a little dance in the way that I expected them to communicate with each other at each step of the sort.”

He then went to South Dakota State University to pursue a doctorate in computational science. For his PhD work, Rood employed a computational fluid dynamics model to simulate acoustic waves of thunder on an adaptive mesh. In his spare time, Rood likes to ride his motorcycle, go skateboarding, cycling and explore the Bay Area landscape. He also enjoys photography and stand-up comedy.

As an Ameriflux Carbon Flux Data Processing Postdoctoral Fellow in Berkeley Lab’s Advanced Computing for Sciences Department, Cristina Poindexter will help identify and apply error correction techniques for the AmeriFlux Network—a network of scientists and towers in the western hemisphere that measure ecosystem carbon dioxide, water, and energy fluxes. She will also analyze cross-site comparability and generate new data products for the network.

Before joining Berkeley Lab staff, Poindexter worked with carbon dioxide and methane flux data from a restored wetland in the Sacramento-San Joaquin Delta while pursuing her doctorate in environmental engineering at the University of California, Berkeley. For several years before graduate school, Poindexter worked as a water resources engineer and helped manage data from a network of stream flow measurement sites.

“During my dissertation work in the Sacramento-San Joaquin Delta, I gained experience analyzing carbon flux data on its own and in concert with other environmental and meteorological data.  I also came to appreciate the many advantages of the eddy covariance technique for flux measurement,” says Poindexter.

“While my background is in environmental engineering, I have always enjoyed programming, taking courses in high school and college.  I look forward to learning more from my colleagues here,“ she adds.

A native of Northern California, Poindexter has spent much of her life in the Bay Area—she attended Stanford University for her undergraduate education, then completed her doctorate at UC Berkeley and is now working at Berkeley Lab. In her spare time, she likes to play soccer, and hike in Point Reyes and on Mount Tamalpais. 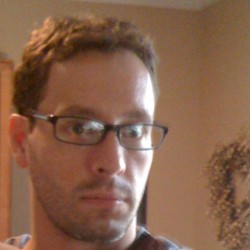 Before coming to Berkeley Lab, Bouchard was a post-doctoral fellow in a neurosurgery lab at the University of California, San Francisco (UCSF) where he collected and analyzed multi-channel array data directly from the cortical surface of humans and rats.

“I have been interested in mathematics since high-school, attending the Marine School of Science and Mathematics, and got interested in computation per se in college,” says Bouchard, who has a Bachelors Degree in Mathematics and Cognitive Science from Brandeis University and a PhD in Neuroscience from UCSF).

Originally from a small town in Northern Maine (near the Canadian border), Bouchard has lived in the Bay Area for 10 years and says he enjoys the region’s balance of urban and rural.