“This work is challenging because of the irregular communications patters in analyzing large graphs and the presence of sequential computations in serial algorithms,” says Azad.

He notes that entertainment (gamming and watching movies) drew him to computers initially, but his undergraduate computer science classes at Bangladesh University of Engineering and Technology sparked his interest in programming. After completing his Bachelor’s degree in computer science, he moved to West Lafayette, Indiana to work toward a PhD at Purdue University. Internships at Pacific Northwest National Laboratory in the summers of 2010 and 2011 inspired him to pursue a career at a U.S. National Laboratory—Berkeley Lab was one of his top choices.

A native of Sirajganj, Bangladesh, Azad enjoys the Bay Area weather and diverse academic environment. In his spare time, he likes to travel, watch movies and play indoor games. 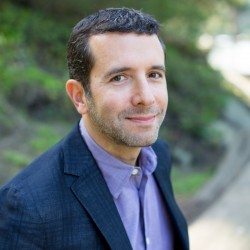 This month, Antony Courtney returns to Berkeley Lab as a part time project scientist with ESnet. In this role, Courtney will develop web-based visualization and analysis tools for time-series data. This will allow ESnet staff, the network’s end users and the broader scientific community to understand, optimize and manage network utilization.

“The real start of my programming career was right here at Berkeley Lab. Bill Johnston hired me as a student assistant when I was an awkward, precocious 14-year old Berkeley High School Student. Over the next three years, I got tremendous guidance, mentorship and opportunities from Bill and Brian Tierney, among others,” says Courtney. “I can’t overstate the magnitude of the opportunities and experiences I had then or how valuable they were to my later career.”

After high school and his Berkeley Lab internship, Courtney earned a Bachelor’s Degree in Computer Science from Trinity College in Dublin, Ireland. After a brief stint working at startups in Silicon Valley in the mid-nineties, he moved to New Haven, Connecticut where he completed a PhD in functional programming languages and graphical user interfaces at Yale University. He spent the next eight years living and working in New York City developing an in-house software platform for quantitative risk management and interactive data analysis at a major financial services firm, before leaving to work independently on web-based data visualization tools. Now he’s back at ESnet.

Courtney likes to spend his spare time outdoors, rock climbing, cycling and running. He’s newly married and plans to accompany his wife Eirini back to her native Greece this summer, where they will do some climbing on the Greek island of Kalymnos.