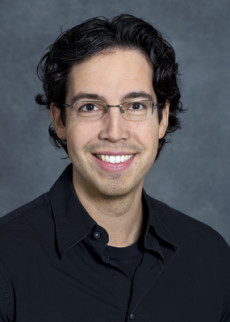 Before coming to Berkeley Lab, Donofrio spent six years at Intel Corporation as a computer architect, where he helped design the next-generation of integrated 3D graphics processors for Intel’s chipsets. He holds 6 patents on the design of the floating point for the GMA graphics processor. In 2011, he left Berkeley Lab to work as a Senior Performance Analyst of all Mac computers—including iMac, MacBook, MacAir, MacPro, etc.—at Apple Inc. But, he returned to Berkeley Lab’s Future Technologies Group in 2012 to join the Computer Architecture Laboratory (CAL) to work on the design and simulation of exascale class HPC systems. His research spans many types of architectures, including System-on-Chip design for HPC to real-time signal processing for neuroscience research.

John Shalf, who heads CRD’s Computer Science Department, notes that Donofrio’s long-standing interest in computer architecture and performance, as well as his understanding of the computing problems at Berkeley Lab and the Department of Energy make him an ideal candidate to lead the Computer Architecture group.

“Berkeley and Sandia are the National Labs leading the architecture part of DOE’s exascale research portfolio, and the Computer Architecture Group is central to this work. Dave’s experience and leadership will be a great asset to the team,” says Shalf.