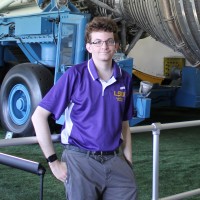 “I'm currently developing an AMR mini-app which models the performance of production climate codes,” says Lelbach. “This mini-app will allow us to evaluate different parallel programming frameworks and numerical schemes and will help us prepare current production codes for the transition to multi-core exascale platforms.”

Originally from Connecticut, Lelbach graduated with a Bachelors of Science in applied mathematics from Louisiana State University (LSU) in 2014.  During college, he worked as a free-lance programmer and junior HPC researcher in the STE||AR group at LSU's Center for Computation and Technology. He was also one of the core developers of a parallel runtime system, called HPX. Before college—at age 17—Lelbach became involved in the open-source community, began contributing to the Boost C++ Libraries and co-founded an initiative to compile the Linux kernel with the Clang compiler.

When he’s not at work, Lelbac is an organizer for the open-source community. This time of year, he spends much of his time working on two annual conferences. He is also an avid cyclist and enjoys the Bay Area food scene. 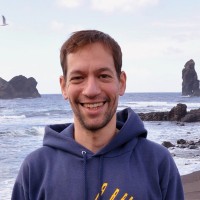 ‘Does a little disorder matter for ordered matter?’ This is the question that Nils Zimmermann will attempt to answer as a new Computer Systems Engineer in CRD’s Computational Science Department. He will be working with CRD’s Maciej Haranczyk to develop and apply high-throughput computational screening approaches to study how defects determine material properties like hardness and elasticity. This work is part of the Materials Project.

Before coming to Berkeley Lab, Zimmermann was a postdoc at the University of California, Santa Barbra where he used computational modeling to study nucleation—the initial process of how a new phase (i.e. a crystal) forms from a metastable state (i.e. supersaturated solution).

“My career in scientific computing began as an undergraduate, when I jumped into object-oriented programming with Java,” says Zimmermann. “The project that I was working on was mainly experimental with some modeling. The inspiring moment came when I worked with the administrator of the research group on a Java-framework that handled access and interpolation of compound properties and permitted critical fluid flow data from different models. The elegance of that package and his tremendous help and patience in teaching me kick-started my professional trajectory.”

A native of Hamburg, Germany, Zimmermann earned both his undergraduate and graduate degrees in chemical engineering from the Hamburg University of Technology. In his spare time, he enjoys running, swimming and playing tennis with his wife. He also likes to go to movies and concerts, as well as play the drums. 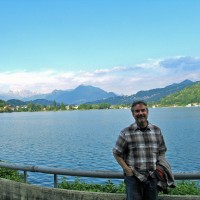 As a HPC Performance Engineer in NERSC’s Advanced Technology Group, Douglas Doerfler will be leading the benchmarking effort for the NERSC 9 procurement. He will also conduct performance analysis and benchmarking of current and future high-performance computing architectures at NERSC.

Doerfler comes to NERSC after a more than 29 years at Sandia National Laboratories, where he most recently served as Chief Architect and Deputy Program Manager for the NNSA’s Cielo and Trinity supercomputers, both joint efforts with Los Alamos National Lab. On the Trinity project, he also worked very closely with NERSC and the NERSC 8 (Cori) team as part of a joint procurement process.

“My primary research interest is benchmarking and evaluation of high-performance computer architectures, in particular processors and high-speed interconnects. I mostly enjoy working directly with industry and hopefully having some level of influence on their next-generation technologies,” says Doerfler.

A native of Hays, Kansas, Doerfler earned a Masters of Science in Electrical Engineering from Kansas State University and immediately started work at Sandia National Laboratories in Albuquerque, New Mexico. In his spare time, Doerfler enjoys riding, tinkering and restoring motorcycles. He also likes to fly fish high mountain streams in Colorado. Doerfler will work remotely from New Mexico, but he anticipates frequent trips to Berkeley for project meetings and interaction with industry associated with the NERSC 9 procurement. 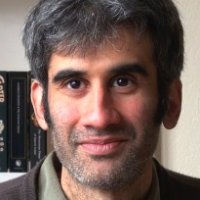 As a “Big Data Architect/ Scientist” at NERSC, Wahid Bhimji will work to strengthen the facility’s data and analytic services so that Department of Energy scientists can manage and exploit the data they produce.

Before coming to NERSC, Bhimji spent several years working with high energy physics data from the Large Hadron Collider and other particle physics experiments, from a data management perspective and as a physicist. He also worked for the United Kingdom (UK) Government, using data analysis to shape government policy.

Bhimji notes that his interest in computing sparked at seven years old, when he got his first computer—a BBC Micro’ 32k. “A family friend taught me to program in Basic,” he says.  “Probably the most satisfying moment was connecting a variable resistor, taken from a radio, to the serial port to move a pixel on the screen. I guess this could be thought of as my first collecting of data from an 'instrument' to process on a computer.”

Born in Bristol, UK, Bhimji completed his undergraduate work in physics at Oxford University. He earned his Ph.D. in particle physics at Bristol University, though most of his research was done in the Bay Area on the Babar experiment based at SLAC National Laboratory.

When he’s not working, Bhimji likes to spend time with his wife (who is a Bay Area native) and two sons (ages 1 and 4). They like to hang out in cafes and parks, anywhere that they can enjoy the sunshine. 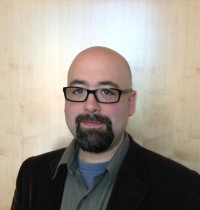 As the newest Bioinformatics Computing Consultant at NERSC, Daniel Udwary will be helping Join Genome Institute (JGI) researchers use the facility’s resources.

Before starting this post at NERSC, Udwary worked on a microbial genome analysis pipeline at Warp Drive Bio, a biotech startup in Cambridge, Mass. Prior to that, he was a faculty member at the University of Rhode Island’s College of Pharmacy. His research focus was microbial genomics and drug discovery.

“I have always been a computer hobbyist, and got interested in bioinformatics when trying to solve an otherwise intractable biochemistry problem during my graduate research,” says Udwary.

A native of upstate New York, Udwary has lived in Baltimore, Tucson, San Diego, Providence and Boston. He earned his undergraduate degree from State University of New York in Albany; his MS and PhD from Johns Hopkins University; and completed post-docs at the University of Arizona College of Pharmacy and University of California, San Diego’s Scripps Institution of Oceanography.

In his free time, Udwary enjoys hiking, skiing, video games and spending time with his daughters (ages 5 and 7). 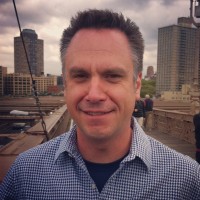 As the newest member of NERSC’s Server Team, Cory Snavely will be managing systems and services in the periphery of NERSC's high-performance computing environment, including databases, web sites, storage, authentication and directory services, and other core infrastructure.

Throughout his career, Snavely has been responsible for architecting, building and maintaining similar environments, and for adapting them as needs have evolved. Before coming to NERSC, he managed Library IT Core Services at the University of Michigan and built large digital library systems. He notes that his experience in scientific publishing, digital libraries, and digital preservation relates in some useful ways to data management challenges that research environments face.

“I think I first became interested in computing when my dad brought home a Commodore VIC-20 in the mid-1980s, and eventually pursued computing as a career choice,” says Snavely. “I was starting to become cynical about that choice in the mid-1990s, but was re-inspired when Linux started to become popular and the open source movement was born.”

Originally from Ohio, Snavely earned an undergraduate degree in system analysis and mathematics from Miami University in Oxford, Ohio. In his free time, Snavely likes to ride motorcycles and play the drums. Listen to clips of his music: Clip 1, Clip 2.