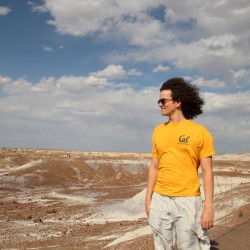 As the 2015 Luis Alvarez Fellow in Computing Science, Jarrod McClean will be working on how to utilize future computing technologies fundamentally different than those today for understanding chemistry and materials, with particular emphasis in Quantum Computing for Quantum Chemistry. His work includes the design and analysis of new algorithms, as well as close collaboration with groups that are developing new quantum hardware. He is also interested in Bayesian methods for understanding how we better unify computation and experiments.

McClean’s interest in quantum chemistry sparked as an undergraduate student at UC Berkeley. “My work in Professor William Lester’s Group was driven by the tantalizing dream of computational chemistry—namely that all chemical and physical properties of a material could be determined from first principals with enough computational power,” he says. “This sparked both my interest in developing new methods to understand the basic properties of materials and an interest in high performance computing.”

After graduating from UC Berkeley, McClean was selected as a Department of Energy Computational Science Graduate Fellow (CSGF) and went on to pursue a PhD in Chemical Physics at Harvard University where he worked on the interplay between quantum computing and quantum chemistry.

“The CSGF program gave me both the flexibility to work on topics like quantum computing as well as the opportunity to meet and interact with people at the DOE national labs,” says McClean. “The interface of quantum chemistry and quantum computing is a great place to work with a lot of potential for fruitful cross-pollination.”

Born in Texas and raised in Arizona, McClean says that he started becoming very interested in computers around age nine. He liked to play computer games and wanted to understand how they worked. He also wanted to make something like the virtual worlds that he found in computer games. “I still fondly remember my first QBASIC programs moving circles around the screen as a sort of cheap pong facsimile,” he says.

In his spare time, McClean enjoys distance running and judo.

As the newest performance engineer in the Advanced Technologies Group, Glenn Lockwoood will be examining the I/O (input/output) workload that is generated across NERSC production systems to better understand what I/O subsystems features would most greatly benefit users in future systems. These insights will also allow NERSC users to get the most out of Cori’s burst buffer.

Before coming to NERSC, Lockwood worked in the DNA sequencing industry where he managed the storage and computing infrastructure for a high-throughput sequencing laboratory. Prior to that, he helped users make productive use of Gordon—the San Diego Supercomputing Center’s (SDSC’s)—flash-based supercomputer.

“Gordon's flash architecture bears many of the features Cori's DataWarp-based burst buffer, and many of the lessons learned from Gordon will undoubtedly translate to Cori,” says Lockwood.

A materials scientist by training, Lockwood says that he fell into computing as an undergraduate research assistant in the Interfacial Molecular Science Laboratory at Rutgers University in New Jersey. After graduating with a Bachelors degree in ceramic engineering, he spent a semester at Lehigh University in Bethlehem, Pennsylvania doing graduate work in materials engineering. Then, he returned to Rutgers to get a Ph.D. in materials science and engineering.

“Over the course of my undergraduate and graduate research, I came to realize that I enjoyed playing with the computers more than doing my research,” says Lockwood, who was born in Hawaii and raised in New Jersey. “Now I am fortunate to be able to do my hobby as a job. I spent my free time playing with high-performance computing technologies long before I ever got paid to do it.” 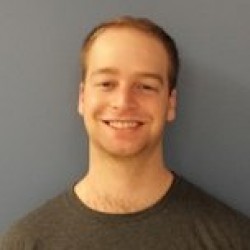 As a Data Analytics Engineer at NERSC, Evan Racah will help implement effective and efficient solutions to data intensive scientific problems, as well as explore the performance of these solutions on NERSC systems.

Before joining NERSC as a staff member, Racah spent much of this last year interning at the facility. In January, he worked at NERSC as a SULI intern—that’s the Department of Energy’s Science Undergraduate Laboratory Internship program. Then in June, he returned as a BLUR intern (Berkeley Lab Undergraduate Research program). He recently, earned a Bachelor’s degree in engineering and minor in computer science from the University of California, Davis.

“The two internships that I did through Berkeley Lab were instrumental in preparing me for my current position. I gained a lot of technical knowledge and skills, as well as many soft skills like collaborating with others, communicating my work and managing my time,” says Racah, whose interest in computing science was first piqued in a college MATLAB course.

An Oakland native, Racah likes to spend his spare time being active. He enjoys lifting weights, playing and watching sports, and eating.