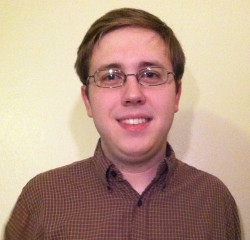 A native of Murfreesboro, Tennessee, Barnes earned Bachelors of Science degrees in Chemistry and Physics from Middle Tennessee State University. He then moved to Los Angeles to pursue a doctorate in Chemistry at the California Institute of Technology (Caltech). Earlier this year, Barnes was awarded NERSC’s 2015 Award for Innovative Use of HPC- Early Career Award for leading the development and implementation of powerful new computational methodologies to model complex systems, which will help to advance the understanding of fundamental chemical processes in catalysis, solar energy conversion and battery technologies. His mentor Thomas Miller, professor of chemistry at Caltech, nominated him.

“My first real experience with computers began one day when I was three and my mother left me in the care of my father.  He set up some things for me on an MS-DOS computer and left me there.  Mom didn't approve.  Still, I was hooked, and started doing my first coding when I was eight,” says Barnes.

As an undergraduate, Barnes did an Honor's thesis based on some of his computational studies of molecular systems.  He also spent a summer as an intern at the Oak Ridge National Laboratory (ORNL) working on the Multiresolution Adaptive Numerical Environment for Scientific Simulation (MADNESS) project, which was later recognized by an R&D 100 Award.  As a graduate student, his work was focused on the development and application of embedding methods, in which a large molecular system is divided into a small part that is treated very accurately and a larger part that is treated using a more computationally efficient method.

In his free time, Barnes enjoys reading and coding for hobby projects. 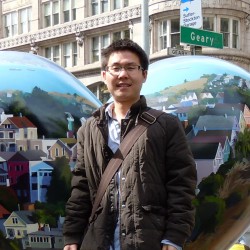 As a new Climate Data Analyst in NERSC’s Data & Analytics Services Group, Yunjie Liu will be working closely with climate scientists to look at various aspects of extreme climate events, like changing precipitation patterns in a warmer world and the genesis of cyclones. He will also help develop extreme events detection and classification software, as well as use machine-learning applications on climate problems.

Before coming to NERSC, Liu was a graduate student at the University of California, Davis (UC Davis), working on modeling of hydrological cycles—i.e. groundwater and surface water interactions. While pursuing his degree, he also worked as a research intern at NERSC where he helped implement machine learning methods to classify extreme climate events like tropical cyclones and atmospheric rivers, and worked on a project to investigate precipitation trends in tropical cyclones due to climate change.

Born and raised in a small town in Southwest China, Liu earned his Bachelors Degree in Engineering at China Agricultural University in Beijing.  He then moved to California to pursue a Masters of Science degree in integrated Hydrologic Sciences at UC Davis.

“My Master degree studies involved integrated hydrological model development and high performance computing. The first time that I made my model and ran it on about 300 CPUs, I was amazed and impressed by parallel computing,” says Liu. “Later my internship experience at NERSC stimulated my interest in large scale data analytics, especially machine learning, on the climate problem.” 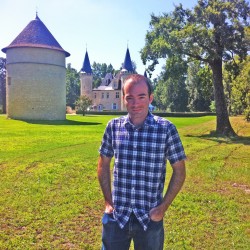 As a postdoctoral fellow in CRD’s Center for Computational Sciences and Engineering, Jean-Philippe Peraud will be developing hybrid (deterministic/stochastic) codes for simulating fluctuating hydrodynamics phenomena.

A native of France, Peraud did his undergraduate studies at Ecole Polytechnique where he received an Engineering Degree in 2009. He then moved to Boston, where he earned a Masters of Science degree in Materials Science and Engineering and a PhD in Mechanical Engineering and Computation, both from the Massachusetts institute of Technology (MIT).

“My interest for computing grew progressively during my undergraduate studies. We had to take classes in a wide range of disciplines, and among these, the topics that I preferred and for which I performed the best where those that included a strong computational component. Also, I really liked both math and engineering, and I realized that specializing in computational methods for solving problems of scientific and engineering interest was a great way to combine these two worlds,” says Peraud. “Multidisciplinarity is in my opinion one of the most appealing aspects of computing.”

In the summer of 2009, just before Peraud began his graduate studies, he did a research internship at the University of California, San Diego (UCSD).  “My work consisted at UCSD of using numerical and theoretical calculations to explore the parameter space for folding of thin sheets by capillarity,” says Peraud. “But, what prepared me the best for my current position at Berkeley Lab is my PhD research work. I developed efficient stochastic algorithms and mathematical methods for solving small-scale heat transfer problems.”

In his spare time, Peraud likes to hike, play tennis, traveling and walking around in town. He is also a certified scuba diver.

As a new consultant with NERSC’s User Services Group, Ankit Bhagatwala will help users make the most of the facility’s resources, as well as work with science teams to optimize their simulation software to run on NERSC’s new supercomputer Cori. Additionally, he will serve as the NERSC liaison for combustion research projects and help the web development team add more features and functionality to MyNERSC.

Bhagatwala comes to NERSC with more than a decade of HPC experience, including developing and porting scientific codes on a variety of hardware architectures.  This is one reason he is excited to contribute to the NESAP effort to port applications of interest to the DOE Office of Science onto new supercomputer architectures. Prior to this position, Bhagatwala was a postdoc at Sandia National Laboratories working on large-scale direct numerical simulations of turbulent combustion.

“I always knew even as a young kid that I would grow up to be an engineer. I started taking programming classes from a fairly young age and towards the end of my undergraduate education, I realized that I really liked computational problems and was pretty good at it too. That pretty much motivated me to make a career out of it,” said Bhagatwala.

Born and raised in Mumbai, India, Bhagatwala earned his Bachelors of Science and Masters of Science in Ocean engineering from Indian Institute of Technology in Madras, India. He then moved to Northern California to pursue his Ph.D. in Aeronautics and Astronautics from Stanford University. As part of his graduate work, he developed a massively parallel compressible flow solver for simulating turbulent flows with shock waves.