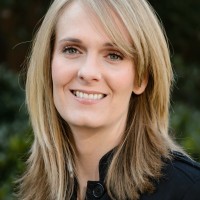 Although she’s only been at Berkeley Lab since December 16, Kate Petersen Mace already feels pretty comfortable in her surroundings. “I’m lucky to have worked with many of the ESnet staff on projects over the past few years, and I really liked the people and their mission to advance science for DOE,” says Mace. “Ever since I started working with ESnet staff, I’ve wanted to work here.”

One of her first assignments with ESnet will be supporting the April workshop on bioinformatics, the latest meeting in ESnet’s CrossConnects Workshop series. Held in collaboration with Indiana University, the workshop series brings together network engineers and domain scientists, especially in areas with growing data needs, to help the researchers better understand and use the network’s capabilities.

“I wanted to go to a place where I could learn, face new challenges, and work with great people and I plan to be like a big sponge to soak up as much knowledge as I can from the expert staff at Berkeley Lab,” says Mace.

She joins Berkeley Lab from Clemson University, where she was Director of External Partnership Management, managing collaborations with commercial, government and academic partners, and the Chief Operating Officer of CULR LLC, founded in 2007 to establish C-Light, South Carolina’s first facilities-based R&E network, which serves as the sole Internet2 connector in South Carolina.

At the SC14 conference in New Orleans, Mace chaired SCinet, a two-year volunteer commitment to design and deploy a network to make the conference the best-connected site on Earth – for a week, until it’s all taken down. She has also been on various panels for Internet2, which has partnered with ESnet to build out a 100 Gbps backbone network across the country.

Mace is no stranger to the East Bay, where her grandparents lived in Hayward for many years. She has a brother in Oakland, another in Petaluma and a sister in Roseville near Sacramento, so she’s glad to be back among family members. After 15 years at Clemson University, she’s also looking forward to getting back into snowboarding and engaging in more technically challenging work. 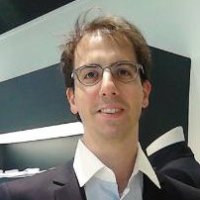 This month Emmanuel Motheau joins CRD’s Center for Computational Sciences and Engineering (CCSE) as a postdoctoral fellow where he will help develop a new class of hybrid methods to computationally model fluid dynamics for reactive flows. The ultimate goal is to perform high-fidelity simulations of complex and realistic problems, like combustion instabilities in a gas turbine engine, while maintaining high computational efficiency.

Before coming to Berkeley Lab, Motheau spent two years as a postdoctoral fellow at the University of Adelaide in Australia where he developed a computational fluid dynamic code to perform high-fidelity simulations of low-mach-number reactive flows. Before that, Motheau was finishing up his PhD thesis at CERFACS (the European Centre for Research and Advanced Training in Scientific Computation). At CERFACS, he studied combustion instabilities in realistic aeronautical gas turbine engines. To predict these instabilities, he developed analytic reduced-order models and performed high-fidelity numerical simulations in complex configurations.

Originally from France, Motheau’s career path to science stemmed from music. “My first research position as an undergraduate student was in musical acoustics at the Pierre and Marie Curie University in Paris. I developed models to synthesize a flute-like musical instrument. It was my first experience with numerical simulations,” he says. “By curiosity I moved to research in submarine acoustics, and then I had the opportunity to do a PhD in combustion. I am now doing mathematics, which is quite far from music, but I like the path I followed.”

In his spare time, Motheau still likes to dabble in music. He used to play the guitar and violin, but now prefers to read sheet music and understand the technical language (i.e. harmony, counterpoint, etc.) of classical composers.

As the new NERSC Petascale Postdoctoral Fellow, Tareq Malas will be working with the facilities users to port several large scientific applications to next-generation supercomputers.

Before coming to Berkeley Lab, Malas was pursuing his PhD in computer science at King Abdullah University of Science and Technology. As a student, he was a High Performance Computing intern at the IBM Watson Research Center where he modified specific algorithms to run efficiently on Blue Gene/P supercomputer. He also worked on the parallel MPI code for algorithm and performance measurement. In 2012, he also spent three months at the Argonne Leadership Computing Facility, where he helped optimize and tune the performance of SORD (Support Operator Rupture Dynamics) code—an earthquake simulator—on the IBM Blue Gene/Q supercomputer.

Originally from Jordon, Malas earned his Bachelors degree in computer engineering from the University of Jordan in Amman. He then moved to Saudi Arabia to pursue his Masters and PhD degrees in Computer Science at King Abdullah University of Science and Technology. He credits his undergraduate computer logic class for inspiring his interest in computing.

In his free time, Malas likes to cycle.