Two technologies developed by Berkeley Lab Computing Sciences staff are among seven 2016 R&D 100 Award finalists from Berkeley Lab. The winners will be announced in November 2016 at a ceremony in Washington DC.

Shifter, developed by Doug Jacobsen and Shane Canon of NERSC in conjunction with Lisa Gerhardt (NERSC) and Miguel Ria (CSCS), is an open-source, scalable software package that leverages container-based computing to help supercomputer users run a wider range of software more easily and securely. It is designed to improve the flexibility and usability of HPC systems for data-intensive workloads by leveraging Docker, a container-based computing tool, bringing container capabilities to HPC directly for the first time. Early users include the Linac Coherent Light Source at SLAC, which saw its software load and execute on NERSC’s Edison system in 20 seconds or less after employing Shifter, versus 30 minutes prior to using Shifter. Shifter’s value to the HPC research community was also recognized when Cray Inc. announced in November 2015 that it would make Shifter available on the Cray XC series of supercomputing systems beginning in December 2015 and on the Cray CS400, Cray XE and Cray XK in 2016. 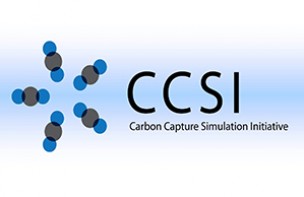 The CCSI Toolset is a suite of computational tools and models designed to accelerate the development of cost-effective carbon capture technology by providing new capabilities critical to technology development and scale up. It was developed in part by Deb Agarwal, Keith Beattie, You-Wei Cheah and Joshua Boverhof, in the Computational Research Division, who worked closely with researchers at NETL, LLNL, LANL, PNNL, Carnegie Mellon University, West Virginia University, Princeton University, Boston University and University of Texas at Austin. The CCSI Toolset provides a simulation-based workflow with interconnected modules for integrating multi-scale, multi-physics models with advanced optimization, uncertainty quantification and surrogate modeling techniques. These capabilities cover the full spectrum of technology development from guiding experimental data generation, to systems-level control and optimization. Modules within the Toolset include rapid computational screening, accelerated design and evaluation and risk management support. The Toolset is also applicable to other markets, including refining, chemicals production and oil and natural gas production.