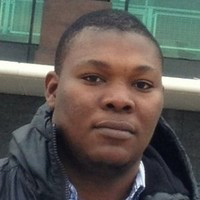 Oluwamayowa Amusat joined the Computational Research Division in February 2019 as a post-doctoral scholar working with the Data Science/Technology and CCSE groups on the IDAES project.

Prior to joining Berkeley Lab, Oluwamayoa worked as a consultant for Quintas renewable energy solutions in Nigeria on the design and construction of gasification-fired boilers for biomass power generation. He also developed optimization algorithms and computational tools for the modeling of waste-to-energy systems.

“I have always been interested in projects that explore the intersection between chemical engineering, operations research, and computer programming, and the challenge of developing decision-making tools for (chemical) engineering processes allows me to explore those interests,” he said. “During my Ph.D. research I explored one facet of the problem: how do we incorporate input data uncertainties into optimal decision-making in the design of energy generation systems? My current role, which focuses on the development of computationally efficient modeling tools for the design of advanced energy systems, is simply a natural extension of my interests.”

“I like the Bay Area; the people here are more relaxed, and there are a variety of things to do and places to see,“ he said. 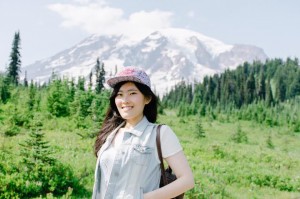 Zhe Bai is a postdoctoral scholar who started working in the Computational Research Division in January 2019, where she is focused on biomedical imaging science, computer vision and high performance computing.

Growing up in China, she showed an aptitude for mathematics at a very young age, and in middle school was awarded first prize in a National Mathematics Competition. “I then started to follow my passion in applying the underlying math concepts to solve real-world engineering problems using mathematics and computer programming,” she said.

After earning a bachelor’s degree from Harbin Institute of Technology in China, Zhe went to Syracuse University where she got a master’s degree in mechanical & aerospace engineering. She then went on to earn a Ph.D. at the University of Washington in mechanical engineering and a concurrent M.S. in Applied Mathematics.

Before coming to Berkeley Lab, she was a summer intern in the Extreme-scale Data Science and Analytics Department at Sandia National Laboratory in Livermore. There she worked on nonintrusive nonlinear model reduction via machine learning approximations to low-dimensional operators and I developed regression models to avoid cost and intrusiveness in solving high-dimensional parametric PDEs. She also discovered the nonlinearity of the system dynamics by utilizing machine-learning methods.

Outside of work, Zhe likes to play the flute, visit museums, attend concerts and hike, cycle and practice yoga.

“I fell in love with the Bay Area the first time I visited,” she said. “I admire the variety of culture and diversity in the metropolis, vibrant and dynamic communities in science and technology, and the great view of the bay, Golden Gate Bridge and natural beauty of Northern California.”

Vincent Dumont is one of the latest additions to the Computational Research Division, where he is working as a post-doctoral scholar with John Wu in the Data Science & Technology department.

“My work is really exciting because of its multidisciplinary aspect,” said Vincent, who started in February. “I'm working on implementing a machine learning optimization algorithm in an HPC environment to be used for seismic survey applications. So I'm working collaboratively with statisticians (Prof. Michael Mahoney and his teams) who developed the algorithm and geophysicists (Dr. Jonathan Ajo-Franklin and his teams) who have this huge (several petabytes) dataset. The application part is also fascinating and consists of using the dark fiber network to search for weak quake signatures.”

Vincent did his undergraduate work in physics at the University Joseph Fourier in Grenoble, France and earned his Master’s in astronomy at the University of Chile working on quasar spectroscopy. He received his Ph.D. in astrophysics from the University of New South Wales where he did observational cosmology work. Prior to joining Berkeley Lab, Vincent worked on several correlated sensor network applications. He did his first postdoc at UC Berkeley and was the data-analysis coordinator for a large international collaboration, the Global Network of Optical Magnetometers for Exotic physics searches. But it was during his second postdoc, at the University of Reno, that he realized he is more interested in the practical, computational and big data analytics needs for scientific research.

“Thanks to my past research, I have acquired a deep appreciation of the many difficulties that exist when working with big and noisy dataset, especially when the goal is to search and identify weak signatures,” he said.

Originally from France, Vincent has been living in the Bay Area for the last three years “and I absolutely love it. There are so many things to love about this place: the bike ride from Embarcadero to Sausalito is beautiful, there are great restaurants everywhere, great weather year-round and proximity to some outstanding places such as Napa Valley, Lake Tahoe and Yosemite.” In his free time he enjoys going out for happy hour, playing piano and tennis, and going to concerts and ballets with his wife. 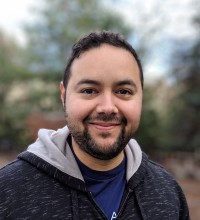 Originally from Maracaibo on the west coast of Venezuela, Muammar did his undergraduate work at the University of Zulia and left in 2010 to further pursue his academic career after being awarded a scholarship to do a Master’s in theoretical chemistry and computational modeling in the Erasmus Mundus program. He did this program in France, Spain, and Italy and was then offered a Ph.D. position in a bilateral project between France and Germany where he obtained his degree in Theoretical Chemical Physics at the Université Paul Sabatier.

Muammar discovered his interest in computer science in primary school, where he was given courses on how to use computers. “When my parents realized my interest, they gave me my first computer when I was about 6 years old. It was an Intel i386, and I just loved passing time with it, writing in the text editor and playing video games.”

He credits his Ph.D. with enabling him to apply electronic structure theory to characterize the metallic and insulating properties of low-dimensional systems, which piqued his interest in the electronic structure of atoms and molecules. Then, as a postdoctoral research associate at Brown University he was able to start applying machine learning to accelerate atomistic simulations. “This appointment was particularly important because it represents my first interaction with machine learning, which is now the path I want for my career.”

When he is not pursuing his scientific endeavors, Muammar plays classical and electric guitar and enjoys going to live concerts and traveling to new places.

“I enjoy the Bay Area and feel at home here,” he said. “I think there is something magic about living in this area, but that might be biased because I always dreamed of visiting California. I love seeing the sunset when leaving the laboratory or just enjoy the view when I am stressed. I love that we have deer and turkeys around the lab, although turkeys are not very friendly birds!” 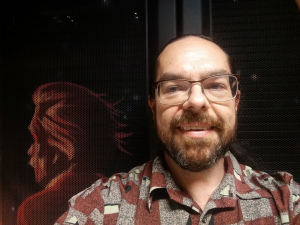 Christopher Samuel, an HPC Systems Engineer at NERSC who started in December 2018, traveled all the way from Australia to take the position. He is working in NERSC's Computational Systems Group supporting NERSC's various supercomputers, with a focus on working with the Slurm software that schedules user workloads.

Christopher’s interest in computing was sparked by the UK 8-bit micro craze; “I remember I saved like crazy to buy a Commodore VIC-20 and then a few years later my brother bought a Commodore-64.” He did O-level computer studies in secondary school and A-level computer science, but it wasn't until he got to university and met people experimenting (with permission) with the computer unit’s Honeywell L-66 that he realized his true career path.

“I found I was much more adept at computing than I was at the maths needed for my astronomy degree!” he said.

Christopher was born and raised in Cardiff, Wales and earned a Bachelor's in physics with planetary space physics at the University of Wales, Aberystwyth. He began his career in the 1990s as a UNIX systems administrator in the UK before going into IT security, then spent 15 years working in HPC in Australia at three different organizations where he was involved in bringing up over 15 different systems and helping run a number of others.

“I've had a broad range of experiences across operating systems, networking, and hardware, as well as a lot of time trying to make HPC systems work better for the users,” he said.

In addition to computers, archaeology and astronomy, Christopher is a nature aficionado who has been struck by the amount of wildlife around the Berkeley Hills, from the hawks quartering the hills to the hummingbirds flitting around bushes and turkey and deer wandering around the Lab. Photography is another hobby that appears to run in the family; he said he recently found a photo of his grandfather using a self-made contraption to take a “selfie” with friends around 1912! 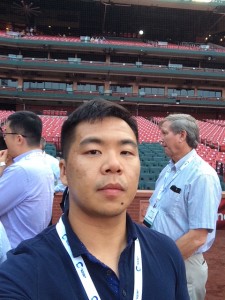 Yan Zhang joined NERSC in December 2018 as a NESAP postdoc, where he is working on optimizing application performance of deep learning and neural networks models.

Yan is originally from Beijing, China, where he earned his undergraduate degree at Beijing University of Technology. He went on to get a Ph.D. at Northeastern University in Boston, with a focus on interdisciplinary applications of signal/image processing, x-ray scattering, and biomolecular structures. While Yan uses some classical machine learning methods to process x-ray scattering data from synchrotrons at Argonne and Brookhaven national laboratories, and he started to work on modern deep learning at Argonne during his first postdoc, applying neural network based algorithms to scanning electron microscopy imaging.

“Statistical machine learning is really helpful for science and scientific applications as the data size increases,” he said. “During the last two years of my Ph.D., I figured out that machine learning and HPC are very critical skills when I need to deal with large amounts of synchrotron data. My ideal learning path is: mechanics-->electronics-->computers-->AI.”

In addition to computing and machine learning, Yan enjoys theological (pastoral) psychology and its application to daily mental health. His hobbies include working out at the gym, playing Judo, working on RC car models, and learning automobile mechanics.