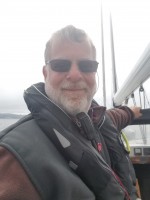 Jeff Berman recently joined ESnet as a network operations engineer providing operations support. Throughout his career he has been drawn to project management.

“Ever since I can remember, I’ve been interested in how things work, improving their functions and streamlining processes. I have used and honed these skills in all aspects, including a sole proprietorship, everyday life, and in business and technology venues. Project management has come naturally to me, as I can view the work from a high level, as well as into the details, streamlining the job ending with results that are typically on time and on budget. I naturally look at things and find ways to make improvements.”

Originally from New York, Berman relocated with his family to the Bay Area in 1987 and enjoys spending time on the Bay and photographing wildlife.

“The most favorite part of living here is the year-round sailing that we can enjoy. I enjoy the bay on my sailboat in both cruising and racing. In addition, Pt. Reyes is a major attraction for me. I visit it often to photograph the wildlife and have had opportunities to be on the land, and see it from the water. The Bay Area is an excellent venue for me to photograph, which is another one of my interests.”

In addition to sailing, Berman and his wife enjoy road trips and relaxing in the evening playing with their three cats. 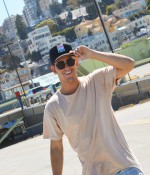 John Christman, son of former ESnet network engineer John Christman who retired in 2016, has joined ESnet as a network engineer, where his focus is on the ESnet6 implementation. Originally from Livermore, Christman earned his B.S. degree from the University of Nevada, Reno and says he first became interested in computer science in high school.

“Programming my calculator in high school was my first code, and from that I became interested in programming on a larger scale. Also, because my father was a network engineer, at a young age I would accompany him to work and learn about the industry. And I continued this passion throughout college.”

When he’s not at Berkeley Lab supporting the ESnet6 project, Christman likes to surf, explore San Francisco, and attend Warriors and Giants games. He also enjoys attending concerts and playing the guitar. 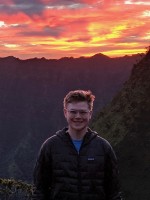 Based in Seattle, Brian Eschen is a network engineer for ESnet who is working on the DOEnet project. He is originally from Wisconsin, where he attended Madison Area Technical College and graduated with an AAS Degree in Network Security.

His interest in this field goes back many years: “I first became interested in computing sciences when I was little. I looked up to my father, who had his own career in the IT field.”

When not working, Eschen enjoys hiking, camping, landscape photography, and discovering the best slices of pizza. During his initial visit to the Bay Area, he is asking his Berkeley Lab colleagues to “send recommendations :)” for their favorite pizza joints. 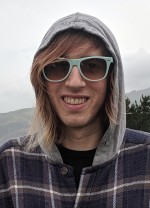 As one of the newest members of the Computational Research Division, Ian Humphrey is a computer systems engineer in CAMERA, where he is involved with the Xi-cam project.

Humphrey is originally from San Diego, Calif., and attended Northern Arizona University, where he first became interested in computing science.

“I remember taking an intro to CS class, and most of the projects were about photo processing and manipulation. I used to do some photography and photo editing as a hobby in high school, and it was fun to be able to recreate some of those basic filters I had used before.”

He enjoys the Bay Area for the weather and its proximity to so many different types of landscapes, from the beaches and mountains to the cities. “The food here is amazing as well.” In his free time he likes to go bouldering, take walks through Berkeley, play music and video games, and play with his cats. 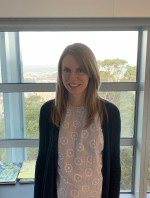 Melinda Jacobsen has joined NERSC as an HPSS software developer in NERSC’s Storage and File Systems group. Her current focus is on learning about HPSS and its software, working with IBM's agile development team. She originally became interested in computing during middle school when she took an introductory programming class, and this led her to continue taking related courses through high school.

“I was strong in math and liked being able to apply the concepts to solve interesting problems.”

Jacobsen is originally from Southgate, Michigan, a suburb of Detroit, and lived in Ann Arbor before relocating to the Bay Area. She did her undergraduate and graduate work at the University of Michigan, Dearborn, earning a BS and MS in Computer Science, and has 20 years’ experience as a software engineer in the defense industry, supporting synthetic aperture radar and telecommunications technologies.

Jacobsen is enjoying the transition from Michigan to the Bay Area. When not hanging out in Shyh Wang Hall, she enjoys spending time with her family, reading, and making home improvements. She also goes to musicals in San Jose and visits the San Francisco Museum of Modern Art.

“I love having access to so many different activities to do and places to see. I’m able to find a fun event every weekend to see with my family. I’m also grateful to have access to such good food in restaurants, food trucks, and stores year round.” 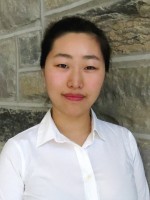 Wenjing Wang is a postdoctoral scholar in CRD who is working on large-dimensional expensive optimization problems. She is originally from China and did her undergraduate work at Nanjing University of Aeronautics and Astronautics and her graduate work at Virginia Tech in Operations Research.

Wang first became interested in computing science during her PhD program while working on a project in computational immunology. Her research group obtained a dataset that contained a number of observations in the high-dimensional input parameter space made over a long time period; they then performed spatio-temporal metamodel-based sensitivity analysis to identify the most influential input parameters and improve our understanding of the mechanisms of immunological system behaviors.

“This project gave me the opportunity to apply my theoretical knowledge in actual work. It is great to see that our approach can be applied to analyze other systems in a statistically and computationally efficient fashion.”

Since moving to the Bay Area, Wang spends her free time attending cultural events such as live music and museums, eating “great food from around the world,” playing video games, watching movies, reading books, and cycling. 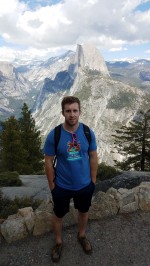 “The University of Chicago manages Argonne, so there was a lot of collaboration between the Physical Science departments and the Lab. I found the research posters along the halls of the computer science buildings interesting, and a professor for many of my classes, Andrew Seigel, is a staff scientist at Argonne. He is also a long-time colleague of Phil Colella, who works in Berkeley Lab’s Applied Numerical Analysis Group.”

Since being at Berkeley Lab isn’t his first time living in the Bay Area, he has a slightly different take on the area’s pros and cons. “I lived in Livermore when I worked at LLNL, so I became especially fond of the heat, especially since it comes without much humidity. When I accepted the job here, I didn't really consider living in Berkeley, so I'm in Walnut Creek now. Even though it’s a longer commute than what I’m used to, being able to see the Bay by day and Mt. Diablo by night is pretty cool. I’ll be glad when people move into the JGI building so I can join a vanpool and stop having to deal with the packed, screeching BART cars.”

In addition to music and hiking, in his off time he likes to go to the gym and is working on his cooking skills. “On the weekends I'm usually either hiking or going to some sort of local festival, especially if it's in a part of the Bay Area I haven't been to before. It gives me a chance to explore a new historic downtown (which I have a strange obsession with), and has helped me amass more wine and beer glasses than I'll ever know what to do with.”