Muaaz Awan, a post-doctoral researcher originally from Pakistan, joined the NERSC Exascale Science Applications Program (NESAP) in April and is working with the ExaBiome team to develop exascale tools for microbiome analysis.

Awan has a bachelor’s degree in electrical and computer engineering from Lahore University of Engineering and Technology and a Ph.D. in computer science from Western Michigan University.

“When I was in third or fourth grade, my father brought home an IBM XT. Even though I did not understand anything about it initially, I would sit and stare at its green screen, and with time I started learning to operate it—to play PacMan mostly,” Awan said.

Awan has only been in the San Francisco Bay Area a short time, and initially felt overwhelmed by the number of people and cars. “But now I am enjoying the fast-paced life here. There are so many great things about living in the Bay Area that I am just discovering," he said. "So far my favorite is the beautiful landscape and the demographic diversity.”

In his downtime, Awan enjoys hiking, playing squash, and reading about history and astrophysics. 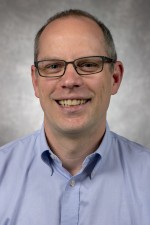 Edward Balas joined ESnet in March, as manager of the ESnet Software Engineering Team that is working to implement ESnet6 and support existing ESnet capabilities. He will be working remotely from Bloomington, Indiana.

Balas was born in St. Louis, Missouri and went to St. Joseph’s College in Indiana, where he got his bachelor’s degrees in computer science and psychology. Balas first was attracted to networking in college in the early 1990s, when a network of networks was a new idea with much promise. As a result of participating in several internships at Oak Ridge and Los Alamos he developed a long-term interest in the DOE mission. Since then, he has spent the better part of the last two decades finding ways to more efficiently operate high performance networks through the application of automation and analytics.

In his free time, Balas enjoys hiking, golf, and spending time with his family.

In April, Sridutt Bhalachandra joined NERSC as an HPC Architecture and Performance Engineer. He specializes in energy efficient high-performance computing and will be focusing on the power usage of applications running at NERSC and making them more efficient.

Sridutt is from India, where he got an undergraduate education in computer science at Visveswaraya Technological University. He later came to the U.S. and earned a Masters and Ph.D. at the University of North Carolina-Chapel Hill.

Working at NERSC isn’t Sridutt’s first time working at a lab. He has interned at Lawrence Livermore and Sandia National Laboratories, was a research assistant at Renaissance Computing Institute, and has worked at Infosys Labs in Bangalore and the Argonne National Laboratory.

Sridutt says he is enjoying the Bay Area and its weather. “It’s only been about two weeks since my wife and I moved from Chicago after having endured the Polar Vortex that hit us earlier this year there. The weather here is great, which helps us to stay outside more.”

In his free time, Sridutt likes to play ping pong and board games. He also enjoys hiking and is looking forward to exploring the Bay Area.

Originally from India, Jambunathan got her bachelor’s degree in aeronautics at Nehru College of Aeronautics, then came to the United States and earned a master’s degree and Ph.D. in aerospace engineering at the University of Illinois, Urbana-Champaign.

Jambunathan first became interested in computational science for aerospace engineering applications as an undergraduate. “I had the opportunity to work on modeling gas flow through a multi-stage compressor at the Gas Turbine Research Establishment. This experience provided me an opportunity to appreciate the importance of computational methods as a tool for science and engineering, and I went on to study gas and plasma flows and their interactions with surfaces for aerospace applications using heterogeneous computer architectures for my Ph.D. dissertation.”

Jambunathan says she likes the Bay Area, especially the mountains. In her free time, Jambunathan likes to hike, camp, read, and dance Bharatanayam, a genre of Indian classical dance. 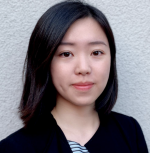 Ling Liang joined ESnet in April as Program Manager for ESnet’s business-oriented Strategic Projects program. She had been working at the Lab since 2013 supporting and managing projects in areas such as renewables, energy/energy efficiency, software, technology scale up and commercialization.

Originally from China, Ling earned a bachelor’s degree in biotechnology, followed by a master’s degree in Environmental Engineering and Public Administration at Syracuse University. She then came to the Bay Area, where she earned a certificate in Advanced Project Management at Stanford and Entrepreneurship at UC Berkeley.

Ling moved to the Bay Area from New York and likes “the nice weather, the innovation, and the diversity” that the Bay Area has to offer. In her free time, Ling enjoys drinking tea, reading books, and traveling. 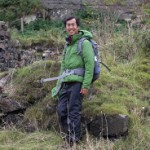 In April, Ryan Ly joined Computing Sciences as a data engineer in the Computational Research Division. He has been developing data standards and analysis tools for neuroscience for a project called Neurodata Without Borders: Neurophysiology.

Ly has been interested in computer science for many years. “Ever since I programmed my TI-83 scientific calculator in middle school, I have felt empowered and driven to code software applications and tools to solve whatever problems I encounter,” he said. Ly also became interested in neuroscience in high school, which led him to study both in college.

Ly got a bachelor’s degree in neuroscience and a masters in computer science at John Hopkins University. He went on to Princeton where he earned a Ph.D. in neuroscience.

Now Ly lives in the Bay Area, where he enjoys the nice weather, the good food, and the kind people. In his free time, Ly plays strategy games, hikes and explores the outdoors, cooks, and makes his own ice cream.

George Robb III joined the ESnet Infrastructure Systems Group in April where he is working on monitoring, improving, and caring for the facility’s infrastructure systems. He spent the last 18 years working in systems administration and support at the University of Missouri, where he was a key member of the Research Compute Support Services organization. He has also been a technical leader within the Great Plains Network, supporting the NSF Toward a National Research Platform initiative.

Robb is originally from Missouri and earned his degree at the University of Missouri. He first became interested in infrastructure at a young age. “I was 5 or 6 and asked my mom to see the engine of a newly broken mixer, so she cut off the cord and we took it apart. I've been taking systems apart and putting them back together ever since,” he said.

When he isn’t taking things apart and putting them back together or playing with operating systems, Robb loves spending time with his family. He is also working on some home renovation projects with a focus on alternative power and a goal of eventually taking a small part of his house off the power grid entirely. 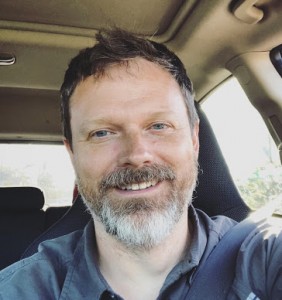 Eric Smith joined ESNet in March. He is a network engineer who will be working remotely from Oregon on the implementation of ESnet6.

Originally from Pennsylvania, Smith earned his degree in computer science at Duquesne University in Pittsburgh. He later moved to Eugene, Oregon, where he has been living for four years.

Smith first became interested in computer science while programming games on his Commodore 128. Later, he was drawn to network engineering through a Duquesne University summer internship program.

“My move into network engineering was a chance circumstance at Duquesne University where an ‘Opportunity Knocks’ program hired students to do summer work for the University,” he said. “They asked us all to choose which team they wanted to join: hardware, software, help desk, or network. I looked for the group with the fewest number of students joining (mostly because of my reserved personality) and joined," he said. That turned out to be the network team, a fateful choice for Smith.

Oscar Antepara, a researcher from Ecuador, joined Computing Sciences in April. He is working in the Computational Research Division's Center for Computational Sciences and Engineering on the AMReX and MFIX-Exa projects, evaluating algorithms to solve multi-phase problems.

Antepara got his bachelor’s degree in mechanical engineering at ESPOL, a university in Ecuador. Afterwards, he moved to Spain where he earned a Ph.D. in thermal engineering at the Polytechnic University of Catalonia.

Antepara first became interested in computer science in college. “I took a computational fluid dynamics class, which was my first time solving a fluid mechanics problem using computational tools. Since then I have been involved in challenging fluid dynamics problems where the use of HPC is mandatory,” he said.

The Bay Area is a new place for Antepara, and he has been enjoying his time here. “The weather, locals, and the entire environment is great for international people,” he said. In his free time, he enjoys exploring Berkeley, particularly its parks and restaurants, and playing the guitar.