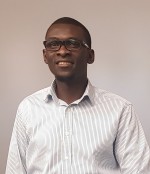 Bashir Mohammed is a postdoctoral researcher in CRD’s Scientific Data Management group, where he is applying deep learning methods to create networks with improved responses to exascale networks.

Originally from Nigeria, Mohammed earned a bachelor’s degree in electrical and computer engineering. He then moved to the United Kingdom where he got his Master’s degree in control systems at Sheffield University and his Ph.D. in computer science at the University of Bradford. Both of his postgraduate degrees were paid by scholarships.

Mohammed has been interested in computer science since he was young. “I used to enjoy taking things apart to see how they work. Building my first computer was an experience which remains fresh in my memory. Looking over what seemed to be a city of silicon, I was amazed at how elegantly the chips, integrated circuits and all the components were arranged on the motherboard.”

Since relocating from the UK, Mohammed is appreciating the Bay Area weather, which he describes as “absolutely great.” In his free time, he enjoys watching soccer, playing table tennis, playing basketball, going on hikes, and watching magic performances. 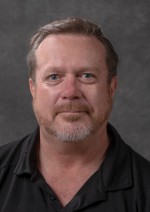 Mark Cummings joined ESnet in May as a technical project manager working on implementing the newest generation of the Energy Sciences Network, ESnet6.

With 25 years of experience in networking, Cummings has worked in many roles - network engineer, network planner, and management - and has led network engineering teams and business-critical network transformation projects in large data centers supporting Kaiser Permanente. His first business-critical project as a manager was to stabilize and upgrade an aged large data center network that suffered multiple outages as the network grew beyond the limits.

“Our team had to organize our plan and act quickly to make meaningful changes that would bring stability back to the data center network. Making positive impacts on a business is truly motivating. I am so excited to be part of ESnet6 upgrade project and how this upgraded network will further enable global scientific research.”

Cummings was born in Petaluma and grew up in Concord. He and his wife Debi have two children and also have guardianship of his niece and nephew, which prompted them to move to a bigger home with property in Clayton, where he now raises horses and cares for his beloved donkey “Vinnie.” Outside of work, he enjoys home improvement and expansion projects, including building a barn, horse stall, chicken coops, and patio decks. Other interests include playing guitar, hiking, football, and soccer. “The women’s world cup is up next - go USA!” 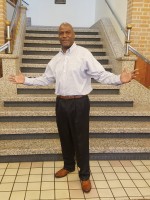 Dylan Jacob is a network engineer who most recently worked at Rice University in Houston, Texas before coming to ESnet to work on the ESnet6 implementation.

Jacob was born and raised in Louisiana and earned his B.S. degree in Chemical Engineering from Louisiana Tech University. His career in computing sciences started in the United States Air Force where, as a computer operator, he was introduced to classified message processing, information security, and switchboard and network operations.

“I wanted a job in the military where I could develop a marketable skill set that would translate to good career opportunities as a civilian.”

Jacob currently resides in Houston but will relocate to the Bay Area later this year. He has been to Silicon Valley and San Francisco before and is a big fan of the weather and the many outdoor options and adventures available here. He is also a sports fanatic - “mainly basketball and football” - and an avid moviegoer. 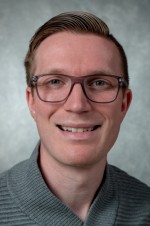 Nathan Miller is one of the newest members of ESnet’s Network Engineer team, bringing his expertise to the deployment of ESnet6.

Miller currently hails from Indiana. He has both an undergraduate and graduate degree in Computer Information Systems from Youngstown State University in Ohio. He was formerly employed by the Indiana University GlobalNOC as a network engineer supporting the Internet2 network.

“My high school had a relationship with a nearby vocational school, and they offered a program where you could participate in one of the vocational school's trade programs half day and attend your high school the other half. I signed up for their Networking Technologies program, received foundational training in computer networks, and went through the Cisco Networking Academy program for the CCNA. This experience led to me further exploring networking as a career in college.”

In his free time, Miller enjoys tabletop gaming with his friends, playing the drums (he’s been playing since he was 10), and Crossfit training. 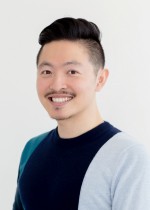 As a postdoctoral researcher in the Computational Research Division’s Center for Computational Sciences and Engineering, Jangho Park is supporting Berkeley Lab’s collaboration with the Institute for the Design of Advanced Energy Systems on a project that is developing data-based surrogate models of support systems for California watersheds and power plants.

Originally from South Korea, Park earned an undergraduate degree at Hanyang University and a master’s degree at Pohang University of Science and Technology. He then moved to the United States and obtained his Ph.D. from The Ohio State University.

Park first became interested in computer science when he was getting his Ph.D. and needed to solve mathematical optimization problems that could not be solved exactly.

“At that moment, I began working on developing an algorithm to find a statistically reasonable approximated solution with a low computational burden,” he said.

Park enjoys the Bay Area for its plethora of restaurants, good weather, and walking around exploring. In his free time Park plays soccer and likes to watch movies. 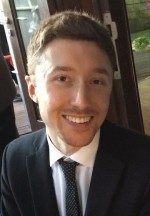 Roberto Porcu is a postdoctoral researcher in the Computational Research Division, where he is working on the MFIX-Exa project – a project that is focused on developing high-fidelity modeling capabilities to guide the scale-up of laboratory designs of multiphase chemical looping reactors to industrial size.

Porcu first became interested in computer science while in high school. He then went on to study at Politecnico di Milano, Italy, where he earned his Ph.D. 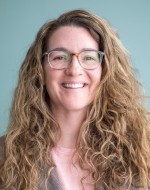 Kate Robinson joined ESnet earlier this year as a network engineer who is working on both the current Energy Sciences Network and the design and deployment of ESnet6.

Robinson first became interested in networking while working on her undergraduate degree. “I worked as a work-study student in the IT department at the university and found that I love problem-solving combined with helping people.”

Outside of work, Robinson likes spending time with family and friends, skiing, hiking, rock climbing, mountain biking, or anything else outdoors.