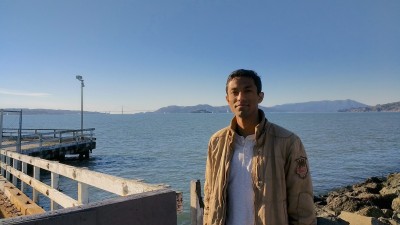 Reetik Sahu joined the Computational Research Division in November 2018 as a post-doc scholar in the Center for Computational Science and Engineering (CCSE), where he is pursuing his interests in building computationally efficient tools for decision support in water-energy nexus problems.

“During my undergrad years I was interested in the topic of uncertainty and inverse problems solving, where I learned to use stochastic methods for solving problems in weather forecasting and heat transfer. But during my time at MIT I wanted to add to another dimension to uncertainty: decision making. How can we make optimal decisions in real-time when there is an inherent uncertainty or unavoidable disturbances in the complex physical systems like water resources?”

While at MIT, Sahu became active in the MIT Water Club, a network for water research and innovation that brings together individuals from the private sector, government and academia. “It showed me that solving water-related issues requires a joint collaboration between each sector.”

When he is not at the Lab, you might find Sahu rowing or playing badminton. He also likes exploring the unique venues found around the Bay Area. “I enjoy the Bay Area for a being a melting pot of so many different cultures, which makes you feel welcome. The number of hiking trails here is overwhelming, but I hope to hike through each of them.” 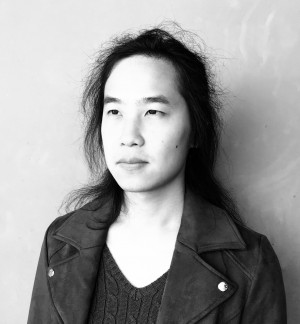 Perren Yang is a computing systems engineer who joined CRD in November 2018, where she is working in the Data Science and Technology department on backend and frontend coding for the IDAES and Minos projects. Initially she is focused on how data is stored/moved/shared (Minos) and how non-CS-savvy users interface with a numerical modeling backend (IDAES).

A native of San Diego, Yang was drawn to computing science during high school. “Programming just seemed to click! It's fun figuring out how to ask a computer to do precisely what you need.”

Yang did her undergrad work at Caltech, where she majored in geochemistry and minored in computer science, and went on to earn a Master's in Computer Science at the University of Chicago. During her time at the University of Chicago she was involved in deep learning projects through an internship, and prior to coming to the lab, Yang was working on gene sequencer processing and analysis software at Lasergen (now part of Agilent).

“I'm excited to tackle a wide variety of problems using a broad base of background knowledge rather than having a laser focus on one area/product. It's why I decided to join this group rather than working in industry.”

When she’s not programming, Yang says she enjoys – in no particular order - birding, piano, books and video games. 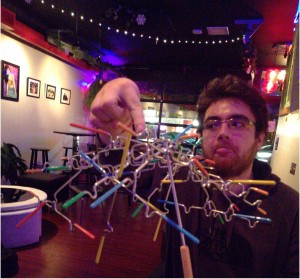 Thom Popovici joined the Computational Research Division in December 2018 as a post-doc scholar working with Andrew Canning, where he is pursuing research related to his interests in performance modeling, computer architecture, automatic optimizations and high-level programming languages

He is currently working on two projects. The first is related to his dissertation, focusing on optimizing DFT-based operations like convolutions or PDE solvers, where the Fourier transform is used as one building block along side with other operations from other fields like linear algebra. The second project involves algorithm design exploration and performance modeling for a density functional theory application that consists of a mixture of Fourier transforms and linear algebra operations. The goal of the project is to explore the algorithmic choices and the tradeoffs when mapping the application or parts of the application onto FPGAs.

Growing up in Resita, Romania, Popovici was drawn to mathematics and computing at a young age.

“From an early age I was interested into two main things: mathematics and music. Starting in the fifth grade, I decided that mathematics is more interesting and thus went to Math Olympics and competitions. Two years after, I stumbled upon the Pascal language and started writing algorithms and combinatorics problems to be solved on a computer. From that point on, I knew that I would end up working at the intersection of algorithms, compilers, optimizations and hardware.”

Popovici earned a bachelor’s degree from the Polytechnic University in Timisoara, Romania and an MS and PhD in ECE from CMU. “From the first year as an undergrad I was interested in research and working in an academic environment. I always liked puzzles. Hence, every summer I tried to intern with a professor working on interesting projects in different fields, from algorithms to computer architecture and more.”

Outside of work, Popovici enjoys playing and listening to music. He currently owns both an acoustic and an electric guitar and favors classical, rock and jazz (his favorite band is Pink Floyd). In addition to music, he likes to read, hike, ski and take pictures as he explores the San Francisco Bay Area. 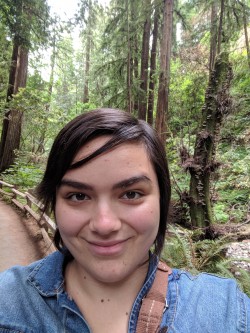 Makayla Shepherd started in December 2018 with the Data Science and Technology Department in the Usable Software Systems group, working on the AmeriFlux and IDAES projects.

Prior to coming to Berkeley Lab, she worked for the U.S. Geological Survey in the Astrogeology department for almost four years developing an image-processing package used by planetary scientists called Integrated Software for Imagers and Spectrometers 3 (ISIS3).

“I enjoyed working closely with end users and scientists to develop software that not only met their processing needs but was intuitive as well.” In addition to working with users, she helped maintain ISIS3, a 15-year-old software package with over 325 different applications. “This taught me to recognize the impacts of technical debt on maintenance and development as well as the need to use modern tools and techniques.”

Shepherd grew up in Phoenix, Ariz. and earned a B.S. in Computer Science from Northern Arizona University. She first became interested in computer engineering in college. In her free time, she likes to knit, paint her nails and drink tea.

“I'm really enjoying living in a big city again after living in a small town (Flagstaff). I like the readily available culture and the variety of things to do here.” 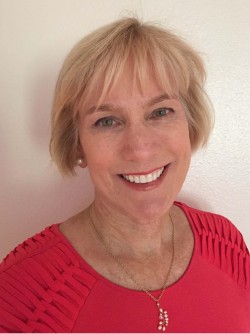 Catherine Tonne came to ESnet in December 2018 to take on the role of senior project manager for the ESnet6 project.

Throughout her career Tonne has worked projects from a diverse set of industries in different technologies and has extensive experience in managing commercial technology projects, programs and portfolios for companies such as HP, VISA and Digital Island. Her first network-related project was to build out a global content delivery network for Digital Island. “That was very challenging and exciting as we were early innovators leading the way with edge delivery for caching and streaming content years ago. I like projects because things are dynamic, keeping one on their toes with projects always evolving.”

Originally from Manhattan Beach, Calif., Tonne earned a B.A. in Environmental Studies from UC Santa Barbara (where she also played on the women’s intercollegiate volleyball team) and later an MBA in Information Systems from Golden Gate University. She relocated to the Bay Area from Southern California more than 30 years ago, “thinking I would only be here two years or so, then I will move home. While I always miss the beach, I like the diversity of the Bay Area with lots of options and adventures within  a 1-3 hour drive.”

Outside of work, Tonne has a diverse set of interests as well, from walking and sewing – “I spend time on my computerized sewing and embroidery machine as a creative outlet” – to participating in high performance driving schools with her husband. “We have driven our cars on notable race tracks such as Sears Point, Laguna Seca and Thunderhill.” She also enjoys being owned and ordered about by her Siamese-ragdoll mix cat Dahila. 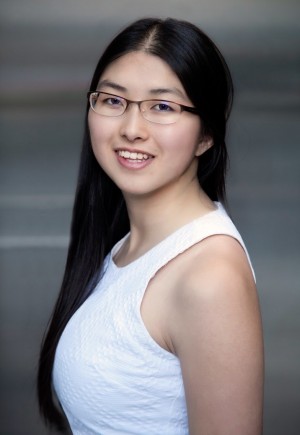 “I love the collaborative and creative nature of software engineering teams,” she said.

Originally from San Jose, Calif., Zhuo earned a BA degree in Linguistics from UC Davis in 2015 and has been in project management across several industries, including software and hardware development, DevOps and financial technology. Her interest in project management first came from putting on charity dinner events to benefit End Polio Now and other charities as a volunteer in high school.

Zhuo enjoys the Bay Area in part because of the collaborative and creative nature of the people here and their willingness to help one another with new endeavors. In her spare time, she likes to playtest prototype board games.