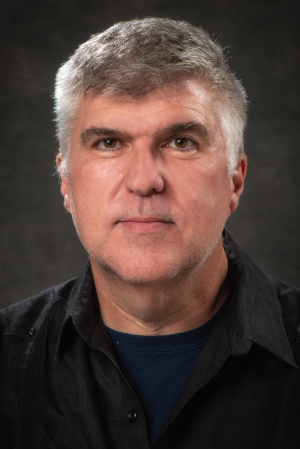 Tony Ferrelli, ESnet’s new director of Networking, has been running networks for 20 years. After the past 11 years at Google, he was ready for a new challenge—and heading the network engineering and operations team for the ESnet6 project presented an exciting opportunity.

ESnet6 will be a boon for scientific collaborations by carrying the growing amount of data produced by scientific instruments to researchers at 50 Department of Energy research sites, including the entire National Laboratory system and its supercomputing facilities. The network will provide more bandwidth, greater flexibility, and faster data transfer capabilities.

“I really like the way that Berkeley Lab approaches a project,” says Ferrelli. “As a partnership, not just with the national labs with which we interconnect, but also with the people doing the research.”

Ferrelli sees his role focused on building and augmenting the existing ESnet network and engineering team so that ESnet can effectively scale to the bigger ESnet6 network.

“I want to make sure we start thinking automation first, especially as networks grow and become more complex because traditionally in network engineering there’s a lot of bespoke configuration just doesn’t scale,” he says. “With automation, you are changing the landscape by focusing on remaining consistent and modeling the network so that a person doesn’t have to log in and configure every individual  device.”

With an intent-driven network like ESnet6, engineers have to be very deliberate when it comes to network customization. "It's important as we grow and scale, that we balance innovation and stability for our users."

For now, Ferrelli says he’s focusing on meeting with the existing ESnet team to get a thorough sense of what’s working and making sure the team has the right balance of resources to meet the ESnet6 deadline.

In his spare time, Ferrelli enjoys travel and good food—cooking it and eating it. He will be looking into relocating to the East Bay from San Francisco with his wife and his husky, Soho, in the near future and looks forward to exploring this side of the Bay.