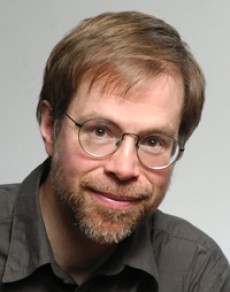 Demmel is a professor of mathematics and computer science at the University of California, Berkeley, where he holds the Dr. Richard Carl Dehmel Distinguished Professorship of Engineering. He is the founding chair of the graduate group in Computational Science and Engineering at UC Berkeley, which includes 117 participating faculty from 22 departments. Demmel also has a joint appointment as a member of the Future Technologies Group at Lawrence Berkeley National Laboratory.

He received the award "for computational science leadership in creating adaptive, innovative, high-performance linear algebra software." The award to Demmel brings to four the number of Fernbach Award recipients at Lawrence Berkeley National Laboratory. In addition to Demmel, other Berkeley Lab awardees are David Bailey (1993), Phillip Colella (1998), and John Bell (2005).

Involved in the design and development of algorithms and mathematical software for the past two decades, Demmel is known for his work on LAPACK and ScaLAPACK, which form the standard mathematical libraries for AMD, Apple (under Mac OS X), Cray, Fujitsu, Hitachi, HP, IBM, IMSL/Rogue Wave, Intel, InteractiveSupercomputing, several Linux distributions (including Debian), Mathworks (MATLAB), NAG, NEC, PGI, and SGI.

The software and standards Demmel developed enable users to transition their computer programs to new high-performance computers without having to re-implement the basic building blocks. The software is used by hundreds of sites worldwide, including all U.S. Department of Energy national laboratories, NASA research laboratories, many universities, and companies in the aerospace, automotive, chemical, computer, environmental, medical, oil, and pharmaceutical industries.

Demmel is a fellow of IEEE, ACM, and SIAM, and a member of the National Academy of Engineering. He was the recipient of the J. H. Wilkinson Prize in Numerical Analysis and Scientific Computing in 1993, the SIAM SIAG on Linear Algebra Prize in 1988 and 1991, a Presidential Young Investigator Award in 1986, and an IBM Faculty Development Award in 1985, among others.

About the Computer Society

With nearly 85,000 members, the IEEE Computer Society is the world's leading organization of computing professionals. Founded in 1946, and the largest of the 38 societies of the Institute of Electrical and Electronics Engineers (IEEE), the Computer Society is dedicated to advancing the theory and application of computer and information-processing technology, and is known globally for its computing standards activities.

The Computer Society serves the information and career-development needs of today's computing researchers and practitioners with technical journals, magazines, conferences, books, conference publications, and online courses. Its Certified Software Development Professional (CSDP) program for mid-career professionals and Certified Software Development Associate (CSDA) credential for recent college graduates confirm the skill and knowledge of those working in the field. The CS Digital Library (CSDL) is an excellent research tool, containing more than 250,000 articles from 1,600 conference proceedings and 26 CS periodicals going back to 1988.