Berkeley Lab's Luis W. Alvarez Fellowship in Computing Sciences offers upcoming or recent Ph.D.'s the opportunity to work on some of the most important research challenges in computing sciences at a national lab synonymous with scientific excellence.

Alvarez Fellows apply the latest technologies to computational modeling, simulations, and advanced data analytics for scientific discovery in materials science, biology, astronomy, environmental science, energy, particle physics, genomics, and other scientific domains. Upcoming or recent Ph.D. graduates in computational science disciplines, computer science, or applied mathematics who have received their degrees within the last three years are encouraged to apply. The successful applicant will work in a stimulating environment, can present results at major conference venues, and establish strong connections to academic and industry partners. They will receive a competitive salary, relocation assistance, excellent benefits, frequent opportunities to travel, and an opportunity to work in the San Francisco Bay Area. The fellowship is awarded for two years with the possibility of a third by renewal.

Since its founding in 2002, the fellowship has cultivated exceptional young scientists who have made outstanding contributions to computational and computing sciences as researchers, professors, and in the private sector. (Learn about eligibility requirements and the application process.) 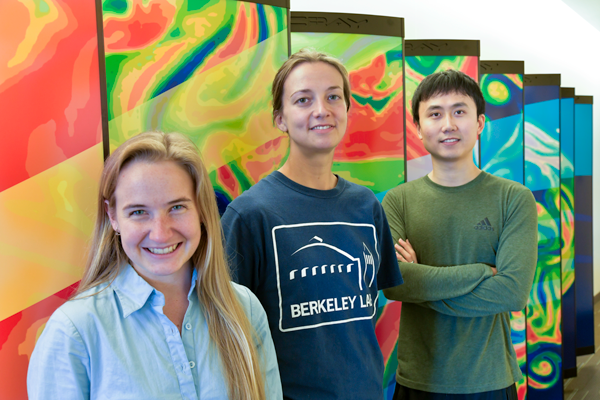 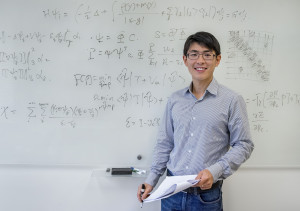 Lin Lin is now an associate professor at UC Berkeley and a Berkeley Lab faculty researcher who focuses on the development of numerical methods for electronic structure calculations with broad applications in quantum chemistry, quantum physics, and materials science.

Alvarez Fellows: Outstanding in Their Fields 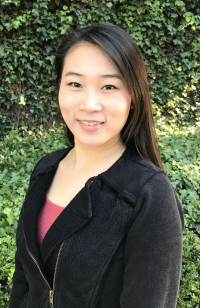 Alvarez fellows, Lin Lin ('11) and Didem Unat ('12), have been appointed university professors. Lin is an associate professor in the Department of Mathematics at the University of California, Berkeley and a Berkeley Lab faculty scientist. He received a Department of Energy Early Career award in 2017 and the Presidential Early Career Award for Scientists and Engineers (PECASE) in 2019.

Unat is an assistant professor in the Computer Science and Engineering Department at Koç University in Istanbul, Turkey. She directs the Parallel and Multicore Computing Laboratory (ParCoreLab) at the university and remains a Berkeley Lab affiliated researcher. “Being a Luis Alvarez Fellow and being part of the Combustion Co-design Center allowed me to build research, communication, and organizational skills,” Unat said. “I appreciate everybody whom I interacted at Berkeley Lab. They greatly helped me build my career and prepare me for my new position.” 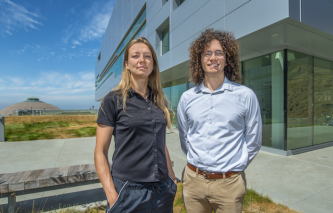 Many Alvarez fellows choose to join the Berkeley Lab Computing Sciences Area as career scientists. Aydın Buluç ('10) is a rising star in DOE. In 2013, Buluç was honored DOE Early Career Award for his work on energy-efficient parallel graph and data mining algorithms. He is using this funding to explore methods to increase the energy efficiency of parallel algorithms and data mining tasks. He will also develop a new family of algorithms to drastically reduce the energy footprint and running time of graph and sparse matrix computations that form the basis of various data mining techniques. As an Alvarez fellow, Buluç’s research focused on high-performance graph analysis, libraries, and their applications in genomics and bioinformatics, parallel sparse matrix computations, and communication-avoiding algorithms.

Lavanya Ramakrishnan ('09) is a research scientist in the Usable Software Group in the Computational Research Division. One of her most visible projects was a collaboration with Google to develop free models for assessing energy efficiency in computing. A six-month study led by Ramakrishnan in 2013 found that moving common software applications used by 86 million U.S. workers to the cloud could save enough electricity annually to power Los Angeles for a year. As an Alvarez fellow, Ramakrishnan evaluated cloud computing technologies and infrastructure for scientific applications. Her findings were published in DOE’s widely anticipated 2011 Magellan Report on Cloud Computing for Science.

Former fellows Joshua Schrier ('05) and Kamesh Madduri ('08) became professors, conducting their own research while training new generations of researchers. Schrier is a professor at Fordham University where he holds the Bepler Chair in Chemistry. His research focuses on accelerating the discovery of new materials using a combination of physics-based simulations, cheminformatics, machine learning, and automated experimentation. In the classroom, he champions the integration of modern computational techniques into the chemistry curriculum at all levels. As an Alvarez Fellow, he worked with Berkeley Lab’s Lin-Wang Wang to use high-performance parallel plane-wave pseudopotential density functional methods for the study of nanostructures.

An associate professor at Pennsylvania State University, Madduri is the principal investigator and director of the Scalable Computing Laboratory. The lab's mission is to develop scalable parallel algorithms to accelerate irregular data-intensive computations. Its current research areas include graph analytics, computational biology, and bioinformatics, applied machine learning, and high-performance scientific computing. He was honored with the SIAM Activity Group on Supercomputing Junior Scientist Prize in 2010 and a National Science Foundation (NSF) Career Award in 2013. As an Alvarez fellow, he worked under the guidance of Berkeley Lab's Arie Shoshani on developing parallel graph algorithms and massive scientific data analysis. 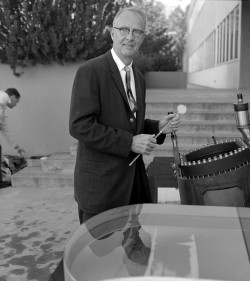 Luis Alvarez, shortly after he received the 1968 Nobel Prize in physics.

Today's computational science is rooted in the efforts of innovative scientists like Luis W. Alvarez. In the 1950s, physicist Dr. Alvarez opened a new era in high-energy physics research with his proposal to build a pressurized chamber filled with liquid hydrogen. Known as a “bubble chamber,” this device would allow scientists to discover new particles and analyze their behavior. In his 1955 prospectus for such an experimental facility, Dr. Alvarez became one of the first scientists to propose using computing devices for analyzing experimental data, even before such computers were actually available.

By the 1960s, Dr. Alvarez's vision had become reality. His colleagues at Berkeley Lab used computers to track some 1.5 million particle physics events annually and developed scientific computing techniques which were adopted by researchers around the world. This effort led to Dr. Alvarez receiving the Nobel Prize for Physics in 1968. We encourage those who share Dr. Alvarez's scientific curiosity and dedication to join us in our efforts by applying for a fellowship. 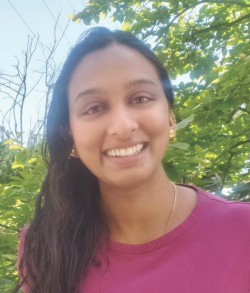 Researchers in computer science, mathematics, or any computational science discipline who have received a Ph.D. within the last three years are encouraged to apply. Applicants should have expertise with advanced algorithms, software techniques, HPC systems, and/or networking in a related research field. We expect prospective fellows to have demonstrated creativity and the ability to perform independent research. We are also looking for excellence in a related research field including a solid publications record, high citations, and awards.

In addition to a standard job application, prospective fellows should also submit the following:

Letters of reference must be submitted directly to Berkeley Lab by their writers. The deadline for letters usually follows the close of applications by a week.

As employees of Berkeley Lab, Alvarez fellows work in a research environment synonymous with scientific excellence. Thirteen Nobel prizes are associated with Berkeley Lab. Eighty Lab scientists are members of the National Academy of Sciences (NAS), seven of whom are computational scientists and applied mathematicians. Eighteen engineers have been elected to the National Academy of Engineering, four of whom work in the Berkeley Lab Computing Sciences area. Four Berkeley Lab researchers have received IEEE Sidney Fernbach Awards for being pioneers in the development and application of high-performance computers for the solution of large computational problems. Fifteen of Berkeley Lab scientists have won the National Medal of Science, our nation’s highest award for lifetime achievement in fields of scientific research, and one received the National Medal of Technology and Innovation.

Whether running extreme-scale simulations on a supercomputer or applying machine-learning or data analysis to massive datasets, scientists today rely on advances in and integration across applied mathematics, computer science, and computational science, as well as large-scale computing and networking facilities, to increase our understanding of ourselves, our planet, and our universe.

Berkeley Lab's Computing Sciences Area researches, develops, and deploys new tools and technologies to meet these needs and to advance research in our core capabilities of applied mathematics, computer science, and computational science. In addition to fundamental advances in our core capabilities, we impact such areas as materials science, chemistry, biology, astrophysics, climate change, combustion, fusion energy, and HPC systems and network technology.

Research areas in Computing Sciences include the following:

Visit our News Center to learn more about our research and scientists.