Now in its 12th year, the Student Cluster Competition at SC was developed to immerse undergraduate and high school students in high performance computing. In this real-time, non-stop, 48-hour challenge, teams of students assemble small computer clusters on the exhibit floor, racing to complete real-world workloads across a series of applications. 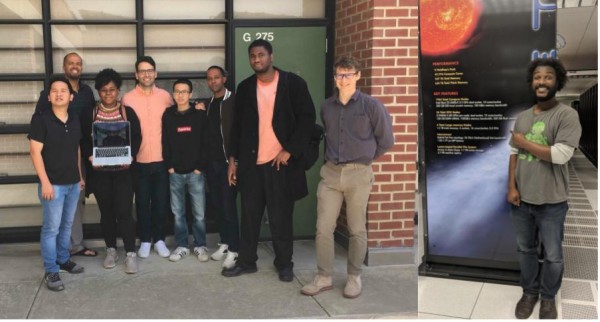 Advised by NERSC’s Steve Leak and sponsored by Cray, Laney’s six team members hail from six different countries spread across five continents and speak a total of 12 languages (not including computer languages). The team also reflects the range of ages, backgrounds and experiences found in a community college, the only one competing in the event. For example, some team members are non-traditional students returning to college to change careers: one from sound engineering, another tourism.

Leak sees strength in those numbers. “The HPC field has a massive skills shortage,” he said. “We could have recruited a team from down the hill at UC Berkeley, but that’s not where the untapped talent is. The more streams of people coming into the field, the better for all of HPC.”

Sometimes a little exposure is all it takes. Not long after his introduction to the field, Laney team member Nigel Brown landed a summer position at IBM and then an REU (Research Experience for Undergraduates) position at the San Diego Supercomputing Center, "hence his geographical disparity from the rest of the team in our photo," said Leak. Brown will also present at a Student Cluster Competition Team panel on Sunday. 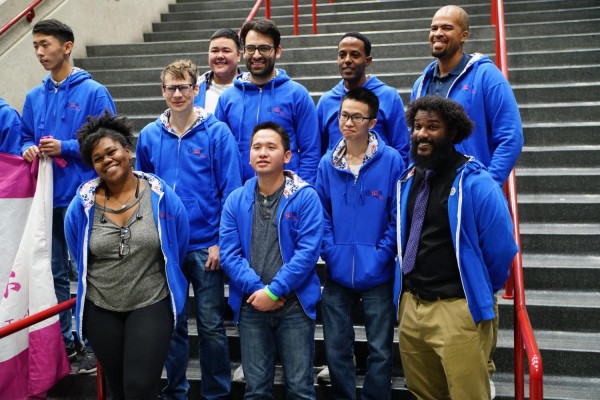 The Laney team has trained hard for the event. With the assistance of Leak and secondary advisor Daniel Gens, they've put in around 50-60 hours of practice since February. Before the team's hardware arrived from Cray, Tony Quan rustled up practice equipment and helped them build clusters on the NERSC machine room floor next to real supercomputers. With the competition on the horizon, the team is currently scrimmaging nearly every day.

During the SC conference, which runs November 11-16 in Dallas, Texas, the Laney team will pit its skills against some of the best, including three winning teams from other cluster competitions. No matter the outcome, being among the 16 teams chosen from 23 submissions is in itself an accomplishment and an experience the team isn’t likely to forget, no matter where their career paths take them.