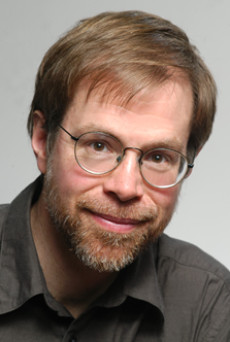 James W. Demmel, a professor at the University of California, Berkeley, who has a joint appointment in Lawrence Berkeley National Laboratory’s Computational Research Division, is one of 72 new members elected to the National Academy of Sciences (NAS). Election to the NAS recognizes distinguished and continuing achievements in original research.

The May 3 election at the NAS annual meeting brings the total number of active members to 2,113.

Demmel is a professor of mathematics and computer science at the University of California, Berkeley, where he holds the Dr. Richard Carl Dehmel Distinguished Professorship of Engineering. He is the founding chair of the graduate group in Computational Science and Engineering at UC Berkeley, which includes 117 participating faculty from 22 departments. Demmel also has a joint appointment as a member of the Future Technologies Group at Berkeley Lab.

Demmel’s work is at the center of numerical linear algebra, including theory, software (especially for high-performance computing), and applications. Beginning with early work on an appealing geometric interpretation of ill-posed problems, Demmel’s many accomplishments range from creation of algorithms with rigorous mathematical foundations to hands-on development of high-quality, widely available software.

The software and standards Demmel developed enable users to transition their computer programs to new high-performance computers without having to re-implement the basic building blocks. The software is used by hundreds of sites worldwide, including all U.S. Department of Energy national laboratories, NASA research laboratories, many universities, and companies in the aerospace, automotive, chemical, computer, environmental, medical, oil, and pharmaceutical industries.

His parallel direct sparse linear equation solver SuperLU (with Xiaoye “Sherry” Li of Berkeley Lab) was used to solve a quantum mechanical three-body scattering problem, leading to a 1999 cover article in Science magazine. His parallel unstructured 3D multigrid solver for finite element problems Prometheus (with Mark Adams) won the Carl Benz Award for the best industrial application at the Mannheim Supercomputer’99 Conference. His parallel eigensolver in ScaLAPACK (with Jack Dongarra and Ken Stanley) was runner-up in the Gordon Bell Peak Performance Prize at the SC98 conference.

His election to the National Academy of Sciences is the latest in a number of professional honors awarded to Demmel. In 2010, he was awarded the IEEE Computer Society Sidney Fernbach Award for his contributions to high-performance linear algebra software. Demmel is a fellow of IEEE, ACM, and SIAM, and a member of the National Academy of Engineering. He was the recipient of the J. H. Wilkinson Prize in Numerical Analysis and Scientific Computing in 1993, the SIAM SIAG on Linear Algebra Prize in 1988 and 1991, a Presidential Young Investigator Award in 1986, and an IBM Faculty Development Award in 1985, among others.

Among his other accomplishments, Demmel’s web page for his UC Berkeley course on parallel computing (CS 267) regularly tops the Google list of searches for “parallel computing course.” Often placing second is the Par Lab Boot Camp, a short course taught by Demmel and David Patterson.