The change comes as ESnet Department Head Steve Cotter announced that he has accepted a position in New Zealand as Chief Executive Officer of REANNZ, the Research & Education Advanced Network New Zealand Ltd. REANNZ was formed in September 2005 and provides the network services to the same communities in New Zealand that Internet2 (K-12 and universities) and ESnet (national research institutes) do here in the U.S.

“Thanks to a tremendous effort by Berkeley Lab staff, we were able to dramatically showcase the scientific promise of 100 Gbps and show a clear comparison to our current 10 Gbps capacity,” Cotter said. “I’m honored to have worked with the ESnet team and to improve both the services and community awareness of ESnet in the research community.” 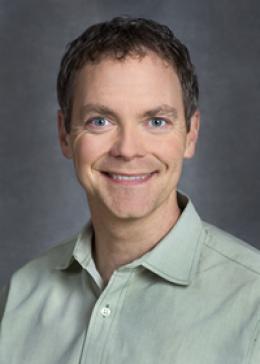 The 100 Gbps network will initially connect six Department of Energy national laboratories, then be built out to ESnet’s backbone network by the end of 2012. It will then be extended to other DOE research sites.

“With ESnet’s successful deployment of ANI and its growing portfolio of networking innovations in support of both experimental and computational science, we decided that the organization should stand on its own as a Berkeley Lab division,” said Lab Director Alivisatos. “From transmitting massive sets of experimental data from facilities like the Large Hadron Collider in Europe and the Relativistic Heavy Ion Collider at Brookhaven National Laboratory to connecting thousands of users to DOE’s leading supercomputing centers, ESnet plays a critical role in advancing scientific discovery throughout the DOE research community.”

With the news that Cotter has accepted a new position, ESnet Chief Information Strategist Greg Bell was named acting division director for ESnet while a nationwide search is conducted. Bell joined ESnet in April 2010, moving from Berkeley Lab's IT Division, where he served as chief technology architect reporting to the Lab’s Chief Information Officer.

“While operating a network serving tens of thousands of scientists and their collaborators around the world, ESnet has a relatively small staff with tremendous abilities,” Bell said. “With such a strong team firmly in place, our transition will likely be transparent to our users.”

“The entire DOE research community has benefitted from Steve Cotter’s leadership of ESnet and particularly the ANI project, which lays the foundation for even higher capacity in the future,” said Kathy Yelick, Associate Laboratory Director for Computing Sciences. “We are grateful for his vision and his leadership in bringing this unprecedented effort to a successful completion.”

In particular, Yelick praised the 100 Gbps testbed that Cotter made a priority. The testbed, unique in the 40 year history of the Internet, allows researchers to test “disruptive technologies” on a network without affecting other network traffic, thereby speeding the deployment of new technologies to meet the demands of increasingly data-intensive science.

ESnet provides direct connections to more than 40 DOE sites, as well as fast interconnections to more than 100 other networks. Funded principally by DOE's Office of Science, ESnet services allow scientists to make effective use of unique DOE research facilities and computing resources, independent of time and geographic location.