Two researchers from the Lawrence Berkeley National Laboratory’s Computational Research Division have been awarded the prestigious Sloan Research Fellowship, given annually by the Alfred P. Sloan Foundation to scientists, mathematicians and economists who are at an early stage of their research careers. The awardees will receive a $50,000 grant over the next two years to pursue any line of research they choose.

The new fellows from Berkeley Lab are: 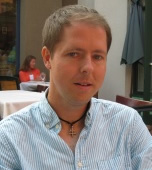 Per-Olof Persson of the Computational Research Division's Mathematics Group. For Persson, who is also an assistant professor of mathematics at UC Berkeley, this is his second early-career award in less than a year. Last summer, he was one of 38 researchers who submitted winning research proposals through the Air Force's Young Investigator Research Program. Persson’s current research interests are in high-order accurate methods for computational fluid and solid mechanics. In collaboration with other researchers at the Berkeley Lab, UC Berkeley, and MIT, he develops new numerical discretization schemes, meshing techniques, and parallel solvers, which he applies to problems in aerodynamics, solid dynamics, aeroacoustics, fluid-structure interaction, and flapping flight. View his animation of the airflow around a flapping-wing Micro Air Vehicle. 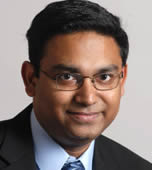 Koushik Sen of the Computational Research Division's Future Technologies Group. Sen who is also an assistant professor in the Department of Electrical Engineering and Computer Sciences at UC Berkeley, received a National Science Foundation Career Award in 2008 and the C.L. and Jane W-S. Liu Award in 2004 for exceptional research promise. His research interests are software engineering, programming languages, and formal methods. He is interested in developing software tools and methodologies that improve programmer productivity and software quality. Sen is best known for his work on directed automated random testing and concolic testing, his paper on this topic won the ACM SIGSOFT Distinguished Paper Award at ESEC/FSE ’05. In 2009 Sen shared the 2009 Haifa Verification Conference (HVC) Award, which recognizes the most promising contribution to fields of verification and test in the last five years.

Persson and Sen are among 118 Sloan Fellows for 2011. The Alfred P. Sloan Foundation is a philanthropic, non-profit, grant making institution that supports original research and education in science, technology, engineering, mathematics and economic performance.