Breaking Ground on the Computational Research and Theory Facility

Department of Energy Secretary Steven Chu, along with Lawrence Berkeley National Laboratory (Berkeley Lab) and University of California leaders, broke ground on the Lab’s Computational Research and Theory (CRT) facility, Wednesday, Feb. 1. The CRT will be at the forefront of high-performance supercomputing research and be DOE’s most efficient facility of its kind.

The CRT will include an approximately 140,000 gross-square-foot, $145 million computer facility and office structure and associated infrastructure. The facility will accommodate up to approximately 300 staff and  bring together these world-class programs within the Computing Sciences Division of Berkeley Lab under one roof, for the first time: 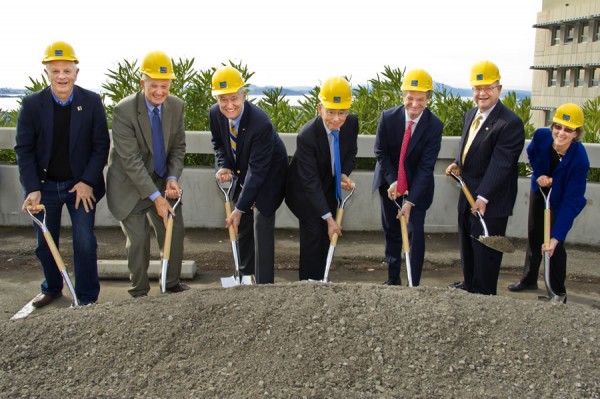 Secretary Chu also used the occasion to highlight President Obama’s State of the Union address and the administration’s commitment to America's leadership in scientific innovation, particularly in the area of energy.