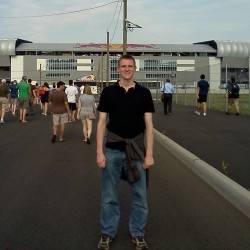 Before coming to NERSC, Daley was a scientific programmer at the University of Chicago’s FLASH Center for Computational Science. In this role, he added new capabilities to the FLASH community code and worked in many aspects of HPC, including optimization, improving parallel I/O performance, debugging at large-scale and adding hybrid MPI+OpenMP support to a large code. Daley also prepared FLASH for the IBM Blue Gene/Q architecture during a joint appointment with Argonne National Laboratory (ANL).

"I feel that the HPC knowledge and experience gained at the Flash Center and ANL is great preparation for my work at ATG," says Daley. “I have been interested in computing for a long time, but my interest in HPC came when I was completing courses in computational physics during my undergraduate degree at the University of Surrey.”

This interest inspired him to pursue a Masters of Science degree in HPC at the University of Edinburgh, Scotland. Originally from Essex, England, Daley enjoys watching UK Premier League and US Major League Soccer in his spare time. He also likes to go to music concerts/ festivals and watch stand-up comedy.

Before coming to Berkeley Lab, Ghysels was a postdoctoral researcher at the University of Antwerp, Belgium, where he helped create highly scalable linear solvers for future exascale supercomputers, as part of Intel’s Exascience Lab Flanders—collaboration between Intel, Imec and 5 Flemmish Universities.

“I have always been interested in computers, and specifically in computer simulations of all possible physical phenomena,” says Ghysels. “The first time I was really impressed by a computer program was men my father showed me his program to draw the Mandelbrot fractal.”

A native of Lier, Belgium, Ghysels graduated from the Catholic University of Leuven (KU Leuven) in 2006 with a degree in computer science. Afterward he continued on at the University, working toward a PhD in applied math and computer science. For this thesis, Ghysels collaborated with researchers in the bio-engineering department to develop multi-scale methods for modeling plant tissue.  In his spare time, he enjoys cycling and reading books by Michel Chabon, Neal Stephenson and John Irving. 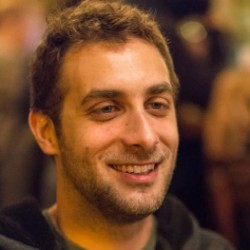 This month, John Bachan joins Berkeley Lab’s Futures Technologies Group as a PGAS Systems Engineer. He will be supporting the exploratory research of execution models and application abstractions for exascale computing.

A native of Michigan, Bachan earned a Bachelors degree in computer science and math at the University of Wisconsin-Madison, before moving to Chicago eight years ago. In his spare time, Bachan can be found looting the dungeons of Skyrim, grilling like a carnivore, hunting for the best pull of espresso in the Bay Area and riffing on his guitar. If anybody knows of “good metal shows,” please give him a call.