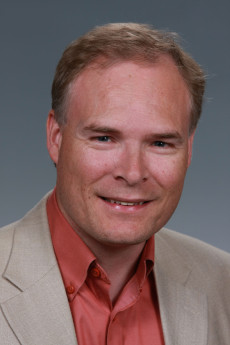 “We were very impressed with Bert’s strong research track record in computational chemistry, as well as his excellent management skills as both group leader and acting associate director for molecular science computing,” said CRD Director David Brown. “With his leadership and experience, we are also looking forward to building stronger ties with the Berkeley Lab Chemical Sciences Division.”

The Scientific Computing Group advances scientific computing by developing and enhancing applications in key disciplines, as well as developing tools and libraries for addressing general problems in computational science. Group members work on diverse scientific applications in a variety of fields—including atmospheric modeling, materials/nanoscience, chemical sciences and biological sciences—that are relevant to Berkeley Lab and the U.S. Department of Energy.

“I’m looking forward to tapping into the strengths of Berkeley Lab, bringing together teams of application scientists, applied mathematicians  and computer scientists to create scientific tools and applications that will help advance the science missions of LBNL and the Department of Energy,” de Jong said. “When you combine that with the high performance computing resources at LBNL, there’s tremendous potential for advancing scientific discovery.”

He has published more than 70 journal papers, five conference papers and five book chapters and has given 40 invited presentations and lectures at international conferences and universities.

De Jong earned his doctorate in theoretical chemistry in 1998 from the University of Groningen in the Netherlands. He earned his master’s in chemistry from the University of Groningen in 1993 and his bachelor’s degree in chemical engineering from the Technical College of Leeuwarden, the Netherlands, in 1990. He was a postdoctoral fellow at PNNL before transitioning to a staff member in 2000.