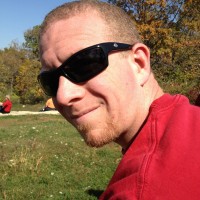 Buraglio comes to ESnet with more than 10 years of scientific and research network experience. Most recently, he helped the University of Illinois at Urbana-Champaign (UIUC) and the University of Illinois’s regional optical network implement IPv6 and software defined networking; and helped maintain the wide area network architecture. Before that, he worked in various roles—including network security and engineering—at the National Center of Supercomputing Applications (NCSA), which is located at UIUC.

“I became interested in networking around 1996,” says Buraglio. “The desire to play networked games drove my roommate and I to wire our house with 10base-2 and learn basic networking so we could play against each other.”

Born and raised in Clinton, Illinois, he earned a bachelors degree from the Illinois State University. In his spare time, Buraglio enjoys circuit training, cycling, photography, brewing beer, experimenting with new networking technologies and spending time with his family. He will be working remotely from his home in Illinois. 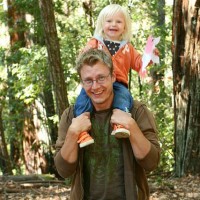 As a programmer in the Computational Cosmology Group, Reijo Keskitalo will be developing massively parallel tools for analysis of cosmic microwave background (CMB) datasets. He’s been an affiliate at Berkeley Lab since January 2012, and some of his tools will be used to decipher data from experiments like the Planck satellite, ground-based Polarbear and balloon-borne EBEX.

A native of Finland, Keskitalo grew up in a small town by the Russian border. He moved away from home to attend the University of Helsinki, where he earned his PhD in computational physics. Shortly after, he assumed a post-doctoral appointment at NASA’s Jet Propulsion Laboratory (JPL) in Pasadena, California where he continued his work in CMB mapmaking and map pixel noise covariance for the Plank Mission.

“At JPL I got first hand experience in flight data processing and was maintaining and developing codes that ran on the data. This experience gave me an opportunity to broaden my understanding of the data set by working on beam characterization and time domain source fitting,” says Keskitalo. “Combining my theoretical background with this experience truly prepared me to develop methods and software for realistic data and applications.”

Keskitalo notes that his long-time fascination with physics, astronomy and computers led him to pursue studies in physics, math and computer science. “As part of my studies I took a class in computational physics and realized very quickly that it was pretty much the coolest thing out there, the possibilities are endless and the field is destined to track the cutting edge of computational frontier.”

In his spare time, Keskitalo enjoys going to the park and taking bicicycle trips with his three kids. He recently build a playhouse and a slide in his backyard and plans to take on other small construction projects until his family runs out of place to put the stuff. 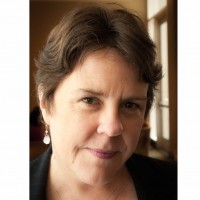 Kathy Kincade has joined the Computing Sciences Communications Group as a writer and editor. She brings 30 years of experience in journalism to the position and has spent most of her career writing about science, healthcare and technology.

“I am convinced I was an engineer or physicist in a former life,” she says. “I have always loved writing about science and technology and talking with PhDs about their research.”

Most recently Kincade was editor-in-chief of DrBicuspid.com, an online news and education resource for the dental community. Prior to that she was senior editor at Laser Focus World magazine for 17 years, where she specialized in writing about optoelectronics applications and biomedical optics and instrumentation.

Kincade was born and raised in Northern California and graduated from UC Berkeley in 1982 with a degree in Mass Communications. In addition to her professional writing career, she has published some short fiction and poetry and is currently working on a novel about the demise of the middle class that she swears is not depressing.

In addition to writing, Kincade is a sports enthusiast, with a particular love of baseball and the A’s. She lives in Alameda with her husband and teen-age son, a right-handed pitcher with a nasty changeup who is looking forward to playing college ball. 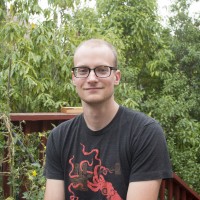 As the newest postdoctoral researcher in the Computational Research Division’s (CRD’s) Applied Numerical Algorithms Group, Andrew Myers will develop faster and more accurate algorithms for particle simulations. Scientists and engineers in a variety disciplines from astrophysics to particle physics, and even materials science, will be using these algorithms to do their research.

“When I was a kid, I mostly liked computers because I could play Civilization. But as an undergrad studying physics, I became interested in computer simulation as a way to model physical systems,” says Myers. “In graduate school, I used supercomputers to model the formation of stars. These calculations could take anywhere from months to years to run, so I spent a lot of time thinking about ways to solve my equations more efficiently.”

In his spare time, Myers enjoys listening to music, watching movies and television. But his greatest passion is rock climbing and taking day trips to some of the great rocks in the area. “My favorite thing about the Bay Area is that it’s an urban environment, but it’s just a short car ride away from places of great natural beauty like Big Sur and Yosemite,” adds Myers. 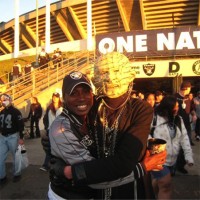 As Berkeley Lab Computing Sciences’ new administrator, Mechaka Gardner will be coordinating conference reporting and office space for all of computing sciences, as well as help assist other administrators in the organization "load-balance" as necessary.

Gardner comes to Berkeley Lab Computing Sciences with more than 15 years of experience in administrative and project support to senior level executives. She has worked for Berkeley Lab’s Life Sciences Division, on the UC Berkeley campus and the Novartis Corporation.

A native of the San Francisco Bay Area, Garner attended college at California State University, Long Beach. After earning her bachelor degree in liberal studies, with a minor in management information systems, she stayed in Long Beach for another decade before making her way back to Northern California.

As a licensed barber, Gardner spends her free time volunteering to cut hair for the homeless, seniors and disadvantaged children. She is also a part-time bartender for concerts, festivals, corporate/sporting events and weddings in the area. She also enjoys gardening, swimming, reading and traveling.