These fellows represent some of the nation’s brightest graduate students in computational science. Each student is pursuing a doctoral degree in a field that uses high performance computing to solve complex science and engineering problems. As a part of the fellowship, the students must complete a three-month practicum at one of the 20 DOE National Laboratories.

“These students can do their practicum anywhere; any of the DOE Labs would be happy to have them. The fact that they choose to come to Berkeley is very exciting. This year, for the first-time, they all chose to work in CRD, which I see as a testament to the cutting-edge and interdisciplinary nature of our research,” says Dan Martin of the Applied Numerical Algorithms Group and a CSGF alumnus.

According to Martin, one of CSGF’s primary goals is to introduce these students to careers at the National Laboratories. “I was a CSGF fellow while I was pursuing a PhD in mechanical engineering at UC Berkeley. At the time, I thought that I would perhaps become a professor or work in industry. I wasn’t really aware of the National Labs as an option until I did my practicum at Lawrence Livermore National Laboratory,” he says.

Ann Almgren, who now leads Berkeley Lab’s Center for Computational Science and Engineering, was Martin’s CSGF practicum advisor when he worked on adaptive mesh refinement for fluid dynamics codes. That work eventually led to his employment at Berkeley Lab.

Here are some details about the CSGF fellows working at Berkeley Lab this summer: 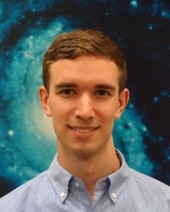 “I chose to work at Berkeley Lab this summer because it has a very strong computational astrophysics group. I actually met Peter Nugent a few years ago when I was an undergraduate student at Yale University and felt that Berkeley was involved in a lot of cutting-edge astrophysics research. The location in Northern California was also a terrific perk,” says McKinnon, who is pursuing a PhD in physics.

This summer, McKinnon is working with Peter Nugent in the Computational Cosmology Group to develop software that will reduce and process images taken with the Bok telescope in Arizona. The goal is to have a carefully calibrated pipeline that can take raw images, account for sources of instrumental and statistical error and produce images suitable for scientific analysis. Because of the abundance of data, it's important for this software to be highly automated.

He was first exposed to scientific computing as an undergraduate doing astrophysics research and found that he enjoyed the challenge. In his spare time, McKinnon enjoys traveling and rooting for Boston-area sports teams. 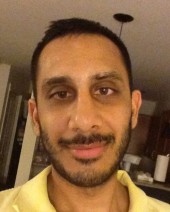 “I’m interested in large-scale machine learning, statistics and optimization. In other words, designing algorithms to draw insights from data. Berkeley Lab has a reputation for advancing the state of the art in computation, and a number of Lab researchers are interested in machine learning and its applications in various domains—from biology to astronomy. I couldn’t pass up the opportunity to situate myself in that kind of environment,” says Ali, who is pursing a PhD in machine learning.

This summer Ali will work with CRD’s Sang-Yun Oh and Aydin Buluç to develop a distributed optimization algorithm for computing the CONCORD estimator using cutting-edge numerical optimization techniques. These methods will be implemented on parallel architectures in order to test the newly developed algorithm’s scalability to extremely high-dimensional data.

Ali has always been interested in math but decided to pursue applied math when his high school science teacher loaned him a Richard Feynman book. His interest in large-scale data and computation was sparked when he worked at Microsoft’s search engine “Bing” before starting graduate school. In his free time, Ali enjoys playing and watching sports, reading and cooking. 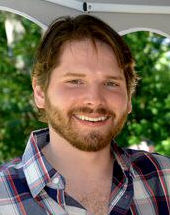 “I chose to do my practicum at Berkeley Lab because of its impeccable reputation for supporting innovative and open research alongside some of the world’s brightest scientists. I requested to work with Dr. Kathy Yelick and her research group because I am motivated by their forward-thinking ideas, and I appreciate their support of interdisciplinary science applications by using cutting-edge computational software tools,” says Ozog, who is currently pursuing a PhD in computer science.

This summer Ozog is writing a Hartree-Fock solver using the UPC++ programming paradigm. He notes that this quantum chemistry method provides a foundation for other advanced methods, so re-thinking its implementation and performance behavior would put researchers in a good position to create a suite of modern computational tools for doing quantum chemistry.

Ozog's interest in science began at a very young age, when his father and grandparents walked him through college-level chemistry and math textbooks. He was attracted to parallel computing when he learned how people use graphics processors to do massively parallel simulations of molecular systems. In his spare time, Ozog likes to play guitar and dabble with different instruments. While in Berkeley, he’s also exploring rock climbing. 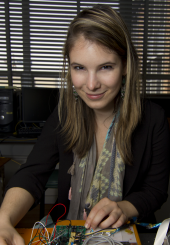 “I chose to do my practicum at Berkeley Lab because I was interested in the computational neuroscience collaborations between the Lab, UC Berkeley’s Redwood Institute for Computational Neuroscience and the experimental neuroscience labs at UC San Francisco. I was also interested in MANTISSA, a project that develops scalable statistics and machine learning algorithms for NERSC resources,” says Rager, who is currently pursuing a PhD in neural computation.

This summer Rager is working with CRD’s Kristofer Bouchard to develop computational models of the frequency/amplitude tuning and network connectivity structure of primary auditory cortex neurons, which were recorded using high-density electrocorticography arrays. This research aims to understand how local computations performed by neuronal microcircuits are coordinated and organized into larger network structures that underlie computations across an entire sensory processing region of the brain.

Rager developed a deep love of science early in life from her parents, who are both computer scientists. She became interested in computational neuroscience when she heard about the DARPA Revolutionizing Prosthetics program in high school, which develops neurally controlled prosthetic limbs for people with spinal cord injuries. In her spare time, Rager likes to play classical violin, electric violin and electric guitar. She also enjoys composing music of various genres and is currently a DJ for a show on Carnegie Mellon’s radio station WRCT. 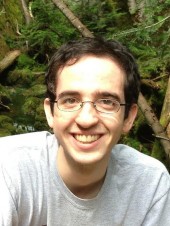 “Spending the summer at Berkeley Lab appealed to me for a number of reasons. I spoke with Aydin Buluç before I made the decision to come to Berkeley, and the research directions that we talked about seemed really intriguing to me and well suited to my interests. I also appreciate the unique opportunities provided by the Lab’s proximity and close association with the university,” says Sealfon, who is pursuing a PhD in computer science.

This summer Sealfon is working with CRD’s Aydin Buluç and Ariful Azad on parallel algorithms for the maximum weight perfect matching problem on graphs. A number of scientific computing tasks involve matrix decompositions, which achieve better performance if the large entries are on the diagonal. In order to improve performance, it is desirable to apply a transformation, which pivots large entries to the diagonal. The researchers achieve this by solving a maximum weight-matching problem. While parallel solvers are now widely used to solve very large sparse linear systems, developing practical parallel algorithms for matching problems remains challenging.

For Sealfon math and science runs in the family. His father is a medical researcher and both of his sisters are pursuing careers in science and engineering. When he’s not working, Sealfon likes to spend time outdoors hiking, swimming, running and playing Frisbee. He also likes to sing, play guitar and read. 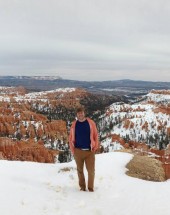 “I chose to do my practicum at Berkeley Lab because it had excellent computational resources and in-house expertise, as well as collaborations with nearby researchers that I found particularly exciting,” says Kell, who is currently pursuing a degree in brain and cognitive sciences at MIT.

Beginning January 2016, he will be working with CRD’s Kristofer Bouchard and collaborating with UC San Francisco’s Eddie Chang to understand how the brain understands speech.

Kell notes that he did not always have an interest in science. As a kid, he liked history and math, but wasn’t a “science person.” But he became one in college when he stumbled into psychology and then decided neuroscience was more compelling. As a neuroscientist, he found that his work involved heavy doses of computation—both in terms of analyzing data and modeling neurons in the brain. So to advance in his field of interest, Kell decided to double-down on statistics, machine learning and computational science. In his spare time, he enjoys playing basketball, hiking, rock climbing and going to the gym.