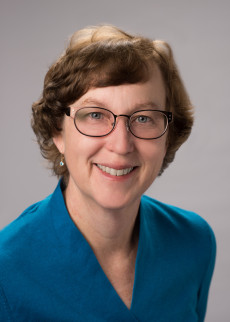 ACM and IEEE Computer Society have named Katherine Yelick as the recipient of the 2015 ACM/IEEE Computer Society Ken Kennedy Award for innovative research contributions to parallel computing languages that have been used in both the research community and in production environments. She was also cited for her strategic leadership of the national research laboratories and for developing novel educational and mentoring tools. The award will be presented to Yelick on Tuesday, Nov. 17 at SC 15: International Conference for High Performance Computing, Networking, Storage and Analysis  in Austin, Texas. On Wednesday, Nov. 18, she will give a special lecture at the conference in conjunction with her award.

Yelick’s work has improved the programmability of high performance computing (HPC) through innovations to parallel languages and runtime systems. Her contributions to compiler research and open source software were key to the success of a new parallel programming model known as partitioned global address space (PGAS), an important software innovation for developers facing the challenges of exascale computing. She developed new automatic performance tuning techniques and runtime systems that maximize performance across a wide variety of computer architectures.

Yelick has authored more than 170 technical papers and reports on parallel languages, compilers, algorithms, libraries, architecture and storage, and she has also trained more than 50 graduate students, postdocs and research undergraduate students. She has worked with interdisciplinary teams developing scientific applications ranging from simulations of chemistry, fusion, and blood flow in the heart to analysis problems in phylogenetics and genome assembly.

Yelick is Professor of Electrical Engineering and Computer Sciences at the University of California at Berkeley since 1991 and Faculty Scientist at Lawrence Berkeley National Laboratory since 1996 where she is currently the Associate Laboratory Director for Computing Sciences. In that role, Yelick oversees computing research and facility directions for the Lab, including both the Energy Sciences Network (ESnet) and the National Energy Research Scientific Computing Center (NERSC), where she served as director for 5 years. Her leadership at the national level has significantly influenced international scientific research on behalf of the US Department of Energy.

An ACM Fellow, Yelick was named the 2013 Athena Lecturer by the ACM Council on Women (ACM-W). She is a member of the National Academies Computer Science and Telecommunications Board and previously served on the California Council on Science and Technology and the University of California Science and Technology Council. Yelick participated in the National Research Council report, “The Future of Computer Performance: Game Over or Next Level?” on opportunities and challenges for sustaining growth in computing performance.

ACM and the Computer Society co-sponsor the Kennedy Award, which was established in 2009 to recognize substantial contributions to programmability and productivity in computing and significant community service or mentoring contributions. It was named for the late Ken Kennedy, founder of Rice University’s computer science program and a world expert on high performance computing. The Kennedy Award carries a US $5,000 honorarium endowed by ACM, the IEEE Computer Society and the SC Conference Steering Committee.

About ACM
ACM, the Association for Computing Machinery www.acm.org, is the world’s largest educational and scientific computing society, uniting computing educators, researchers and professionals to inspire dialogue, share resources and address the field’s challenges. ACM strengthens the computing profession’s collective voice through strong leadership, promotion of the highest standards, and recognition of technical excellence. ACM supports the professional growth of its members by providing opportunities for life-long learning, career development, and professional networking.