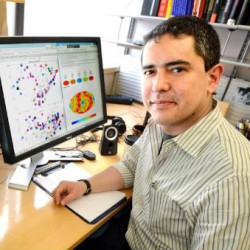 Fernando Perez has always been interested in “building good computational tools that enable scientists to better answer research questions.” That’s what led him to create the IPython—a novel application that allows researchers to keep detailed records of their computational work—which was also the topic of Nature’s November 2014 cover story. This passion also led him to become one of the founding co-principle investigators of BIDS (Berkeley Institute for Data Science), and makes him a perfect fit for his new role as staff scientist in CRD’s Usable Software Systems Group.

Throughout his career, Perez has developed tools for disciplines ranging from physics to neuroscience. As a student pursuing a PhD in physics at the University of Colorado, Boulder, he worked on numerical simulations in Lattice QCD. He then joined the university’s Applied Math Department as a postdoc where he developed a new class of algorithms for solving partial differential equations. In 2008, he moved to California to help UC Berkeley’s Brain Imaging Center develop tools for analyzing neuroimaging data. Now at Berkeley Lab, be working on projects in collaboration with the Department of Energy’s Systems Biology Knowledgebae (KBase) project, and build new opportunities for collaboration between BIDS and Berkeley Lab.

“I had a mild interest in computing in high school and my early college years, but it wasn't really until I took an elective in computational physics in my third year of college that I got 'hooked',” says Perez. “For the course’s final project, I wrote a program for visualizing fractals. The professor encouraged me to keep improving it and adding new features, and yet also asking me always to make the program easier to use. This program ended up being used in educational contexts and winning some awards in that area, and after that I never looked back.”

Originally from Medellín, Colombia, Perez loves the Bay Area for its cultural and intellectual diversity. When he’s not work, Perez enjoys spending times outdoors with a camera. His hobbies include hiking, backpacking, rock and ice climbing. 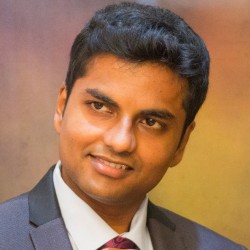 As a software programmer in CRD’s Usable Systems Group, Megha Sandesh will be designing user experiences for scientific applications. Before coming to Berkeley Lab, he spent several years in industry where he worked on fantasy sports and social media based websites at Yahoo, Topix and Philips.

“I have had the chance to test out my solutions and how users perceive and use them. Some of the same lessons apply even to the scientific field, even if the challenges are different,” says Sandesh. “Working at Philips on radiation treatment systems made me realize that software is not just about code but more about how people use it. That really inspired me to look at how we can build better systems.”

A native of Mysore, India, Sandesh earned a Bachelors of Science degree in Computer and Information Sciences from Visvesvaraya Technological University. He then moved to the United States to pursue a Masters of Science in Computer Science and Human Computer Interaction at Georgia Tech University.

When he’s not working, Sandesh enjoys traveling and photography. In fact, he spends a lot of his free-time curating his photo collection. 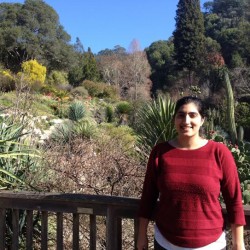 As the new computer systems engineer in CRD’s Scientific Data Management group, Huda Qureshi will be developing and evaluating the performance of graph embedding algorithms for mapping general binary optimization problems onto the hardware of a D-Wave quantum computer.

Before joining the Scientific Data Management group as an engineer, Qureshi worked at Berkeley Lab as an intern in the Department of Energy’s Science Undergraduate Laboratory Internship (SULI) program.

“I became interested in computing the summer before my senior year of college. I participated in a research project on numerical relativity where I was able to experience first hand how powerful computers can be in math and physics research. I really enjoyed the computing aspect and learning a new skill. I've since realized how important programming is in research,” says Qureshi.

Born and raised in Birmingham, Alabama, Qureshi earned a Bachelors of Science degree in math and physics from Birmingham-Southern College last May. In her spare time, she enjoys spending time outdoors canoeing and hiking. Her indoor hobbies include watching the IT Crowd on Nexflix and trying out new crock-pot recipes. 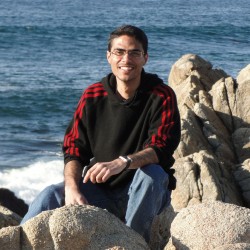 Before coming to Berkeley Lab, Ghoshal was a research assistant at Indiana University’s Data to Insight (D2I) Center and Pervasive Technology Institute (PTI). Ghoshal notes that his interest in computing sparked in high school, and the interest inspired him to pursue an undergraduate degree in computer science and engineering at the Institute of Engineering and Management in West Bengal, India.

“I am fascinated by the power of computation and the underlying mathematics and logic of solving problems,” says Ghoshal.

Originally from Kolkata, India, Ghoshal came to the United States in 2009 to pursue a PhD in computer science from Indiana University.  In his spare time, Ghoshal enjoys exploring the Bay Area’s food science. He also likes to read, listen to music, watch movies and explore interesting topics in other sciences.