The tremendous growth experienced by the solar cell industry over the last decade has set the stage for a cleaner, more sustainable energy future, both in the U.S. and worldwide. While the cost of a solar energy system has dropped significantly in recent years, prompting even greater adoption, researchers continue to look for ever-more efficient and cost-effective ways to harness the power of the sun and convert it into usable energy.

For many this means finding more effective ways to study photovoltaic materials and the photovoltaic conversion process. Fortunately, advances in ultrafast spectroscopy experiments and high performance computing are revolutionizing the scientific community’s ability to study the physical processes that occur in solar cells at short lengths and times, down to the nanometer and femtosecond (a millionth billionth of a second) scale, respectively. And when the experimental data are combined with advanced calculations run on supercomputers such as the Edison and Cori systems at Berkeley Lab's National Energy Research Scientific Computing Center (NERSC), the results bode well for the next generation of solar cells.

Simply put, photovoltaic devices work by converting light (photons) from the sun into electricity. This conversion is anything but simple, however, requiring combinations of semiconducting light absorbers and metallic materials that act as electrical contacts; a cascade of processes, many occurring at the nanoscale and spanning more than 10 orders of magnitude of time and length; and a complex interplay of photons, charge carriers and excited states. 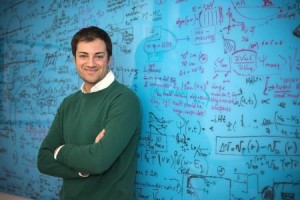 The key microscopic processes—chemical, electrical, mechanical and optical—in solar energy conversion are common to both conventional and excitonic systems. To study them, researchers rely on a combination of physical and computational methods. For example, ultrafast spectroscopy—which is used to study the optical properties of photovoltaic cells and the initial (and most crucial) instants of the energy conversion process—is increasingly giving researchers the ability to dig deeper into carrier dynamics at the femtosecond to nanosecond time scale, during which key photovoltaic physical processes occur.

“Spectroscopy methods are becoming able to better understand the dynamics of electrons in materials at short time scales, on the order of femtoseconds to picoseconds, and these processes critically determine what happens in a solar cell in the first nanosecond after light is absorbed—whether the energy from the photon is going to be converted or wasted,” explained Marco Bernardi, assistant professor in the department of applied physics and materials science at Caltech and co-author on a paper published May 5, 2016, in Energy & Environmental Science (EES). “Ultrafast spectroscopy is basically revolutionizing our understanding of solar energy conversion.”

DFT to the Rescue

Computational approaches have also become an indispensable tool for understanding photovoltaic conversion and for engineering solar cell systems. One of the key computational methods is density functional theory (DFT). DFT is very useful for materials design and is a widely used tool in developing simulation approaches built from first principles. In photovoltaics research, DFT is used to study the ground-state properties of novel solar cell materials and their defects and surfaces. When DFT is combined with excited state methods, the resulting first principles calculations are so accurate they can be used to reliably predict many materials properties that are relevant for photovoltaics.

For the EES paper, Bernardi and co-author Jeffrey Grossman, professor of materials science and engineering at MIT—where Bernardi earned his Ph.D. and worked closely with Grossman—discuss first principles calculations based on DFT and related excited-state methods to examine the microscopic physical processes in solar cells across time and length scales, including the energy dynamics of electrons and excitons, transport in photovoltaic active layers, and sunlight absorption, propagation and management. Their overarching goal was to follow what happens when light is first absorbed in a solar cell; then over several time and length scales to the energy conversion process; and finally up to the point where the electrons and charge carriers are extracted. The EES paper covers work carried out by Bernardi and Grossman, as well as methods and calculations developed by others.

"We wanted to review first principle calculations based on DFT and related excited-state methods, look at how these calculations have been applied to solar cells and try to understand how these different processes can be modeled across length and time scales—the entire journey from light absorption to energy extraction,” Bernardi explained. “This can help us understand, for example, the energy and dynamics of the electrons inside a material or at interfaces. These are very critical properties for solar cells.”

The research described in the EES paper required a lot of supercomputing time and in fact drew from several studies conducted by multiple groups from Berkeley Lab, MIT and Caltech over five years through five different NERSC supercomputer allocations.

“NERSC’s supercomputers have played a central role in my career, as I have carried out most of the calculations on those machines,” said Bernardi, who ran calculations on NERSC’s supercomputers while at MIT as a graduate student, and then at Berkeley as a postdoc and Caltech as a faculty member. “These computations ranged from hour-long jobs to complex computations that took weeks or months. I have all my codes, routines, scripts and tricks on NERSC’s machines, and I see them as my virtual laboratory to conduct new research.”

Another key goal of the EES paper was to encourage the conventional photovoltaic and the excitonic photovoltaic communities—which typically don’t interact that often, Bernardi noted—to find common computational approaches to study solar cells.

“We cannot put the entire photovoltaic device in a simulation cell in first principles calculations,” he said. “We need to really narrow down the problem to the specific aspect we want to understand better; is it the intrinsic material that makes up the active layer, or is it the interface between the material and the electrode, or is it some other material that intervenes? So this synergy between trying to frame the problem with the help of the experimentalists and then working on this specific problem with our computational tools can lead to faster advances.”

The authors also wanted to make the article accessible to experimentalists; because many of them are now collaborating with computational theorists, they want to better understand what theoretical tools are available and what problems can be addressed with computation, Bernardi said. This coming together of experimentalists and theorists will be critical to photovoltaic research and development going forward, he added.

“The advent of ultrafast spectroscopies that can probe carrier dynamics at the femtosecond to nanosecond time scale, over which key photovoltaic physical processes occur, suggests that fundamental advances to understanding solar cells can be enabled by joint experimental and computational studies of ultrafast carrier dynamics,” Bernardi and Grossman state in the paper’s conclusion.

Looking ahead, they see multiscale modeling—solving problems at multiple scales of time and/or space—as the next big advance in photovoltaics research. Modeling solar cells is a multi-faceted problem with multiple time and length scales at play. Thus, while DFT-based tools such as Quantum ESPRESSO and VASP are important resources for computing the energy of quasiparticles and excited states, others are critical as well, including GW-BSE (Bethe-Salpeter Equation), time-dependent DFT, transport coefficients, ballistic transport, drift diffusion simulations, kinetic Monte Carlo, light propagation and Maxwell equation solvers. Being able to combine these methods would lead to more comprehensive computations, but more work needs to be done to seamlessly perform such multiscale simulations in a single framework, Bernardi emphasized.

“Right now truly multiscale calculations of solar cells can only be done through a parameter transfer technique, where you extract the key physical properties at the shorter time and length scales and then use them in coarse-grained models that describe longer time and length scales,” he explained. “But multiscale simulations bridging the nanoscale to the device scale appear possible by combining different methods. The fact that pursuing multiscale calculations of solar energy conversion may be within reach represents a remarkable achievement of computation in mastering the complexity of renewable energy devices.”