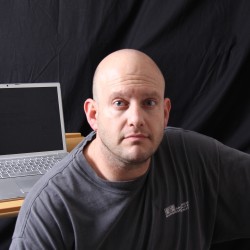 As a new security analyst in NERSC’s Security and Networking Group, Abe Singer will be helping with security planning, implementation, monitoring, and incident response.  His main project right now is overseeing our implementation of the Department of Energy’s (DOE’s) Multi-factor Authentication mandate.

A native of Riverside, California, Singer has spent much of his career in academic and scientific computing environments, mostly working on National Science Foundation (NSF) projects.  Before coming to NERSC, he was the chief information security officer for the Laser Interferometer Gravitational Wave Observatory (LIGO), which was based at Caltech and partly funded by NSF.  And prior to that, he was the San Diego Supercomputing Center’s computer security manager. He also wrote the first book on system logging, taught tutorials for Usenix, taught security classes at UCSD Extension and been an invited speaker at numerous conferences.

Singer notes that his interest in computing sparked between eighth and ninth grade when he took an introduction to programming course at UC Riverside. “We learned to program turtle graphics in UCSD Pascal. It was all downhill from there,” he notes. “I started spending all my free time in the computer lab teaching myself to program. I had the great benefit of getting unofficial mentoring from the CS grads working in the lab, which gave me a strong foundation for understanding good programming.”

After high school, Singer left Riverside to attend UC San Diego where he spent a couple of years studying electrical engineering, but eventually earned a Bachelors degree in composition and music technology. In his free time, Singer enjoys doing yoga, dancing the Argentine Tango, rock climbing, kayaking, surfing, riding his motorcycle and traveling. He is also learning to ice skate.    ​ 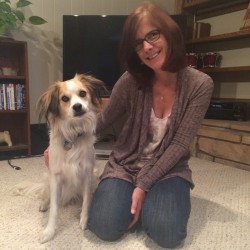 This month, Rebecca Totzke joins NERSC as a project coordinator. In this role, she will provide logistical support for the NERSC-9 and NERSC-8 projects, essentially ensuring that they meet the missions and requirements of the DOE Office of Science.

Before joining NERSC, Totzke spent 13 years as the Association Manager for the American Peptide Society, a non-profit membership society of approximately 1,200 peptide chemists, scientists and enthusiasts. In this role, she engaged with member scientists, presented financial reports, wrote and edited articles for web content, and served as the APS liaison at biennial Symposiums.

In her free time,  Totzke enjoys taking long walks with her dog Rivkah and looks forward to exploring trails in the Bay Area.