As a member of ESnet’s Network Engineering Group, Paul Wefel will be doing a wide variety of tasks necessary to keep the science network operating efficiently and reliably.

Before coming to ESnet, Wefel was a senior network engineer who helped design and operate high performance networks in support of researchers using the open high performance computing (HPC) environments at the National Center for Supercomputing Applications (NCSA). He was involved in all aspects of networking from designing the HPC system interconnects to running regional optical networks and troubleshooting wide area network performance issues for HPC users.

“My interest in technology started when my father, a physicist, would bring me into work at the University of Chicago and put me in front of a VT100 terminal to play with. That was back in the days of acoustic modems and punchcards. About the same time my mother was teaching programming and would bring home early TRS80 computers that I would learn to program on,” says Wefel.  “My technological curiosity continued to grow from that point on with my main interests split between digital electronics, VLSI design and robotics.”

His interest in networking sparked when he was an undergraduate at Valparaiso University working to network the engineering building. From then on he’s been fascinated with the technology. Born in Saint Louis, Missouri, Wefel was initially raised in Chicago and later in Baton Rouge, Louisiana. He then moved to Valparaiso, Indiana, for college and will now work remotely from Urbana-Champaign, Illinois.

In his free time, Wefel enjoys building and fixing things. When he’s not remodeling his house, building in his workshop or repairing things, he likes to camp, hike, run and kayak. 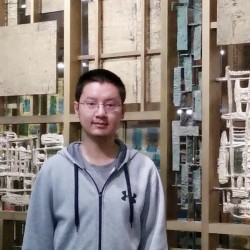 As a postdoc in the Computational Research Division’s (CRD’s) Scientific Data Management Group, Houjun Tang will be conducting research on an object-based data storage system that takes advantage of the deep memory/storage hierarchy of HPC systems.

Although Tang is just joining Berkeley Lab as a full-time postdoc, he is no stranger to the lab. In fact, he spent the last two summers working in the Scientific Data Management group as a graduate student. He earned his PhD in computer science this past July from North Carolina State University.

“I became interested in computing as a kid, when my family owned a 386 computer. I was fascinated by how I could interact with this magic box,” says Tang. “At first it was all about playing games, but as I got older, I started to have a strong interest in figuring out how computers work and learning basic programming.”

A native of Tieling, China, Tang earned a Bachelors degree in computer science from Shenzhen University, China, in 2012. Shortly after, he moved to the U.S. to pursue a doctorate in commuter science from North Carolina State University. 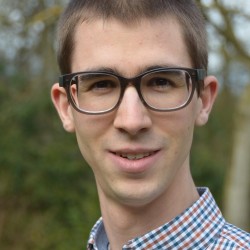 “I started programming at the age of 14 on my father’s computer, but it wasn’t until a course on mechanical motion and vibration where I had to simulate the behavior of an airplane wing that my interest in scientific computing really began,” says Van Beeumen.

In his free time, Van Beeumen is learning to play the violin. He also likes to cook, hike and play the piano. 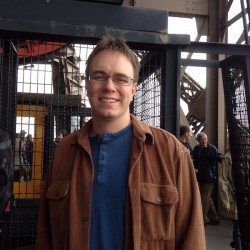 As a Senior HPC Storage Systems Analyst in NERSC’s Archival Storage Team, Kirill Lozinskiy will be working on solutions for identifying and classifying archival data in the High Performance Storage Systems (HPSS). He will also work on integrating the facility’s Global Filesystems with HPSS, which will allow for greater flexibility in moving data between the faster-performing Global Filesystems and archival storage. In addition, he’ll also be providing administrative support for the archival storage infrastructure, NERSC Global Filesystems and Data Transfer Nodes.

Before coming to NERSC, Lozinskiy was a Senior HPC Storage Systems Administrator at the Broad Institute, a biomedical and genomic research center in Cambridge, Mass.

“The amount of data that a modern DNA sequencer produces in a short amount of time makes it difficult and costly to keep up. By the time these data are transformed and analyzed in the pipeline, you end up with hundreds of terabytes per week. One of my projects focused on investigating and implementing object-based storage for in-house use as well as off-premises services to alleviate the pressure on existing storage,”says Lozinskiy.

Prior to the Broad Insitute, Lozinskiy was a Systems Engineer at Brandeis University, where he worked on day-to-day university infrastructure maintenance and upgrades, server virtualization initiatives, configuration management automation and redesigning the backup system.

Born in Russia and raised in Boston, Lozinskiy earned a Bachelors degree in film, television and interactive media from Brandeis University. In his free time, he enjoys hiking, photography, tinkering with electronics, especially computers.