Mariam Kiran, a research scientist in the Energy Sciences Network’s (ESnet’s) Advanced Network Technologies Group, and Lin Lin, a faculty scientist in Berkeley Lab’s Computational Research Division (CRD) and an assistant professor in UC Berkeley’s Mathematics Department, have both received 2017 Early Career Research Program awards from the Department of Energy’s (DOE’s) Office of Science. Now in its eighth year, the award supports exceptional researchers during critical stages of their formative work by funding their research for five years. 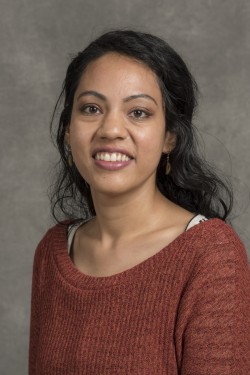 Kiran will use her award to advance the state of the art in network research. She will employ methods from machine-learning and parallel computing to work with network research, to optimize traffic and path allocation.

“Networking is an interesting field utilizing multiple hardware and software skills. For example, configuring links involve understanding current network topologies, as well as, anticipating traffic demands and user requirements. ESnet has already been at a forefront of networking research with advanced monitoring tools and network expertise. However, as networks grow and become more complex, we have to find new methods to automate some or all of current network tasks. These include anticipating problems in advance and automating the ‘fixes’ to maintain a healthy network environment.” says Kiran.

Kiran is exploring algorithms from computer science, particularly machine learning and parallelization, to investigate how these can be coupled with networks to automate optimization and healing. She will develop a new family of techniques that can optimize traffic paths for diverse science workflows dynamically. These optimization techniques will involve multiple objectives and decentralized learning, impacting multiple network research questions currently faced by science and commercial communities. The title for the awarded project is “Large-scale Deep Learning for Intelligent Networks.”

“As network demands increase, especially with the rise of exascale computing and ever-more powerful experimental facilities, it is becoming imperative to have automated handling of physical and virtual topologies,” says Kiran. “Automating networks to learn their own behavior, will allow operators access more informed decision making, reducing time and lead to efficient management for critical science applications”.

Over the next five years, Kiran will use her award funding to analyze network statistics and develop machine-learning modules for networks that can quickly process large amounts of data to make predictions and suggest optimal network actions. She will be looking for traffic patterns and infer workflow behavior of different science groups. This data will then be used to train a set of neural networks to forecast behaviors such as bandwidth utilization across different paths, anticipate demands by different science applications and predict required service quality. The forecasted data will help perform anomaly detection in near real-time and suggest corrective measures to manage and prevent traffic loss. These results can be extended to future threat identification and mitigation as a far-reaching research goal. To process the data and software, Kiran plans to leverage HPC resources at NERSC, as well as, machine learning libraries from industry applications and resources.

Before joining ESnet in 2016, Kiran was an associate professor at University of Bradford’s Computer Science Department in the UK. Her research interests focused on software engineering, HPC/cloud computing and infrastructure-related issues. During this work, she became increasingly interested in how to optimize the network that connected all of these data centers. This interest eventually led her to ESnet.

“I was exploring different techniques to ensure a cloud doesn’t fail with increased demand. As part of this work, I also found it interesting to see how networks, that connect these machines, have to be reliable to ensure the whole end-to-end chain stays active” says Kiran. “I’m interested in studying how similar techniques can be applied to different domains or do we have to develop different methods for each domain.”

She earned a Ph.D. in computer science in 2010 and a master's degree in software engineering in 2007, both from the University of Sheffield in the UK. 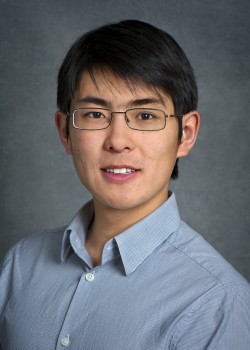 Meanwhile, Lin will use his award to tackle one of the biggest challenges in mesoscale science: the coupling of quantum and classical physics in materials simulations. His work will be extremely useful for a number of scientific applications, such as understanding material defects, battery degradation and crack propagation.

Because the macroscopic properties of a material are influenced by its atomic structures, researchers theoretically could use models based on quantum mechanics to study how microscopic defects affect its larger structure. However, this is prohibitively expensive, because quantum mechanics models require an exceptional amount of computer time and resources to run.

Instead, researchers use multiscale models to lower the computational cost of such simulations. This currently entails applying a model based on classical physics to simulate objects of interest, and restricting the quantum mechanics models to small regions of the object that contain defects or other important microscopic features. Although this method works well enough for many science problems, the oversimplified treatment of atoms, especially those at the boundary of quantum and classical physics, can affect the accuracy of how mesoscale phenomena are depicted.

“In many important areas of research—such as, defect structure and evolution, coupled chemical reactions and pathways, transport properties, non-equilibrium structures and assembly of hierarchical functional materials—the properties and functionalities that are critical to macroscopic behavior start to manifest themselves at the mesoscale,” says Lin.

With his Early Career Award, Lin hopes to develop new numerical methods and other mathematical tools to accurately capture mesoscale phenomena in multiscale simulations. Ultimately, his goal is to have a systematic methodology for coupling quantum and classical physics, without introducing system dependent empirical parameters. These novel techniques would accelerate the study of multiphysics processes such as crack propagation and battery degradation, and be a boon to fields like electronic structure theory, geophysics, nonlinear optics, photonic crystals and quantum transport. This early career work will build on achievements that Lin and his colleagues realized with Laboratory Directed Research and Development funding from Berkeley Lab.

Lin came to Berkeley Lab as a Luis W. Alvarez Fellow in Computing Sciences shortly after completing his Ph.D. in applied mathematics at Princeton University in 2011. Since then, he has published more than 40 papers in peer-reviewed applied mathematics, computer science, computational physics, material science and chemistry journals.

Early in his Berkeley Lab career, Lin distinguished himself by serving as co-principle investigator on two Department of Energy Scientific Discovery Through Advanced Computing partnership projects to develop new efficient algorithms for electronic structure calculations and ab initio molecular dynamics simulation to accelerate the analysis of materials for lithium-ion batteries, ions in solutions, surfaces and biological environments, as well as other energy applications.

In 2013, Lin was hired as a research scientist in the CRD’s Scalable Solvers Group, and in 2014 he joined the University of California, Berkeley’s Mathematics Department faculty as an assistant professor. Lin currently holds a joint appointment as a faculty scientist in Berkeley Lab's Mathematics Group.  Lin was awarded the Alfred P. Sloan fellowship in 2015, the (inaugural) SIAM CSE Early Career Prize and the NSF CAREER award in 2017.