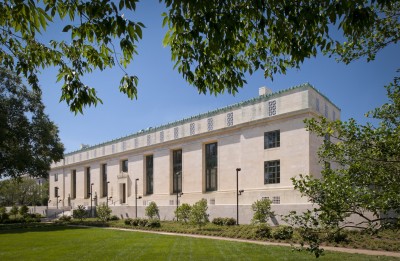 The National Academy of Sciences building in Washington, D.C.

Science focuses on building knowledge about the universe through a combination of observation and experimentation. While some science can be done using mathematics and simulations, eventually science needs to be tested and confirmed in the real world. This requires data. And at a time when scientists are asking increasingly important and fundamental questions about the universe, it also requires unique and expensive instruments that generate very large amounts of data that need to be shared.

The COSEMPUP meeting was far from the first to address this essential activity, but it brought an unusual union of scientific experts to address needs, barriers, and incentives to make progress. 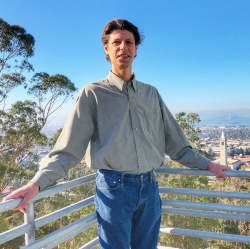 The core topic of the meeting was data sharing in biomedical science, so presentations focused on current challenges in biomedical data sharing and identifying potential solutions from other domains that could be applied, noted Sean Peisert, a leading cybersecurity researcher at Lawrence Berkeley National Lab and an invited speaker at the meeting. He discussed how the strategic use and combination of computer security and privacy-preserving techniques can be used to overcome certain data-sharing barriers and serve as a means to facilitate, enhance, and create incentives for increased data sharing in the sciences - thereby accelerating data-driven scientific discovery.

In particular, Peisert described how using varying combinations of current and future hardware and software techniques could help meet or exceed standards for data subject to government regulations, such as HIPAA or FISMA; address concerns regarding unregulated scientific data still containing individually private information; and provide solutions for proprietary data that might contain trade secrets.

At present, there are typically five solutions for data sharing that are used independently or in combinations, Peisert noted:

“But all these solutions have downsides, for various reasons, ranging from data not being shared at all to data being very difficult to use, to data losing significant research utility,” he said.

Fortunately, advances in computing technology and techniques have provided numerous advances that can reduce barriers to developing trustworthy data sharing solutions, including:

These techniques also increase trust in security and privacy and create positive incentives for data sharing as well, while enabling stronger tracking of data generation and use, thereby allowing data providers to be compensated for sharing useful data, Peisert emphasized.

In addition to Peisert, presenters at the meeting included: