Reprinted with permission from HPCWire. 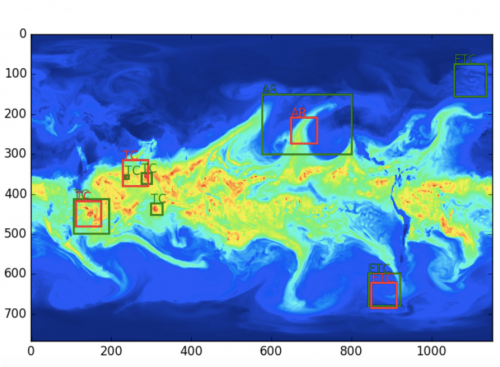 The strong relationship between ground truth and the neural network prediction can be seen in the classification plus regression results reported by Berkeley Lab climate scientist Michael Wehner at the Intel Developer Conference held during SC17 last November in Denver, Colorado.

Supercomputers like NERSC’s Cori system provide scientists with an extraordinary tool to model climate change significantly faster and far more accurately than was possible on previous generation supercomputers. For example, simulated storms can run 300x to 10,000x faster than real time, according to Wehner in his presentation at the Intel conference. This meets the needs of climate scientists who need to run many-century long simulations to evaluate the impact of climate change far into the future. 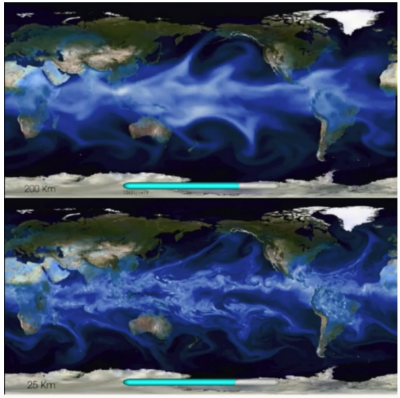 Figure 2: Comparative results showing the additional detail that is modeled by a 25 Km spatial resolution model as opposed to a 200 Km model.

While humans can (and do) perform well in identifying and tracking extreme weather events in real time, they simply cannot keep up when climate models run two to five orders of magnitude faster, he added. Thus machine learning has to be used to identify and track extreme weather events. Further, these machine learning based results can be used to validate the climate models so we have confidence in the future predictions of these models.

Figure 2 represents an assessment of what will happen to the number and intensity of hurricanes as the climate warms.

According to Prabhat, who leads NERSC’s Data and Analytics Services group and is director the Big Data Center at NERSC, identifying phenomena in climate data is analogous to commercial vision applications (Figure 3). In his Intel Developer Conference keynote presentation, he noted that initial supervised training results show that this analogy is correct because machine learning was able to train and recognize each of three desired atmospheric phenomena with high accuracy.

Researchers from MILA, NERSC and Microsoft teamed up to create a novel semi-supervised convolutional DNN architecture that was able to do the work of all three individual supervised DNNs at the same time. Essentially, this novel neural network finds the bounding box size and location when it classifies the atmospheric phenomena. Further, the neural network also associates a probability with the classification. 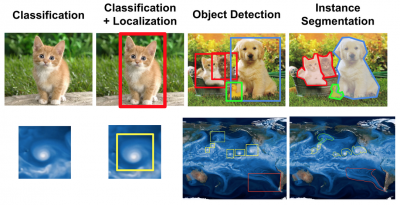 Powerful leadership class supercomputers like the Cori supercomputer have made fast, accurate global climate simulations possible. Innovations such as the petascale capable hybrid machine learning technique pioneered by Intel, NERSC and Stanford means those same machines can also train DNNs to evaluate the tens to hundreds of terabytes of data created by these faster and more accurate climate simulations.

Click here for the full version of this article, which was originally published on HPCWire on March 19, 2018.

About the Author: Rob Farber is a global technology consultant and author with an extensive background in HPC and in developing machine learning technology that he applies at national labs and commercial organizations.