Plasma accelerators could lead to affordable and ultra-compact accelerators for applications ranging from high energy physics to medical and industrial applications. But before these accelerators can become mainstream scientific tools, researchers must understand their complex inner workings through high-performance, high-fidelity computational models.

Toward this end, for the last three years researchers from Lawrence Berkeley National Laboratory (Berkeley Lab) have been involved in a number of collaborations – including with SLAC, CEA Saclay, and Lawrence Livermore National Laboratory – intended to enhance the application of particle-in-cell (PIC) codes in plasma research and enable cutting-edge simulations of laser/plasma coupling mechanisms that were previously out of reach. For example, while PIC simulations have played a major role in understanding, modeling, and guiding high-intensity physics experiments, a lack of PIC codes that have enough computational accuracy to model laser-matter interaction at ultra-high intensities has hindered some of the development of novel particle and light sources produced by this interaction. 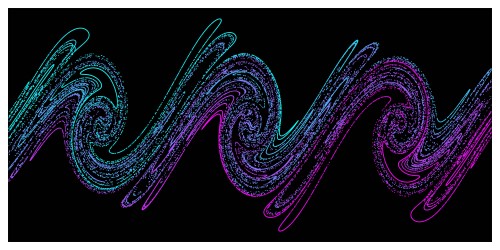 Warp+PXR uses a massively parallel pseudo-spectral solver that is at the heart of a next-generation particle-in-cell code being developed as part of the WarpX Exascale Computing Project collaboration.

This challenge led the Berkeley Lab/CEA Saclay team to develop a simulation tool, Warp+PXR, that combines the 3D PIC code Warp with the high-performance library PICSAR. It also leverages a new type of massively parallel pseudo-spectral solver that dramatically improves the accuracy of the simulations compared to the solvers typically used in plasma research. This solver is also at the heart of a next-generation PIC algorithm that Berkeley Lab’s Jean-Luc Vay and colleagues are developing as part of the WarpX Exascale Computing Project collaboration.

WarpX is an open-source PIC code that combines advanced algorithms with adaptive mesh refinement to allow challenging simulations of a multi-stage plasma-based TeV acceleration relevant for future high-energy physics discoveries. WarpX relies on the ECP AMReX co-design center for mesh refinement and runs on CPU and GPU-accelerated computers, and production simulations have run on Cori KNL at NERSC and soon on Summit at OLCF.

In a poster presentation at SC19, “WarpX: Toward Exascale Modeling of Plasma Particle Accelerators on GPU,” WarpX team members will present highlights from these runs, including GPU-specific strategies for WarpX and recent performance results.

“We are very excited by the new version of the WarpX code,” Vay said. “It now offers full GPU and CPU support without code duplication (thanks to the rewriting of the remaining legacy Fortran code in C++). The development of cutting-edge features-library and In Situ visualization and analysis-is also moving ahead. We are looking forward to using these new features, and the speedup on GPUs, to push the modeling of plasma accelerators to new heights, toward the design of the next generation of particle accelerators, for high-energy physics colliders and other applications.”

In a related presentation at SC19, “In Situ Visualization and Analysis Workflows for WarpX,” members of the WarpX team, in collaboration with another Berkeley Lab team, will discuss its ongoing work on visualization and analysis workflows for WarpX using the in situ tools SENSEI and Ascent. They will report on preliminary tests performed on the NERSC Cori Haswell system and their progress in generating “compiled” visualizations represented as an image database to support interactive post-processing of large datasets. They will also present an example of using SENSEI with the ParaView Catalyst backend and VisIt Libsim backend.