The American Association for the Advancement of Science (AAAS), which was founded in 1848 and is the world’s largest general scientific society, today announced that 489 of its members, among them nine scientists at Lawrence Berkeley National Laboratory (Berkeley Lab), have been named Fellows.

This lifetime honor, which follows a nomination and review process, recognizes scientists, engineers, and innovators for their distinguished achievements toward the advancement or applications of science.

Here are the new fellows from the Computational Research Division (CRD): 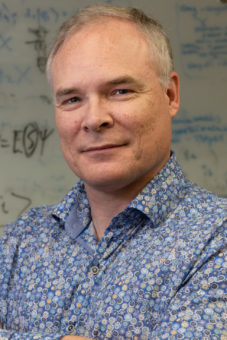 Bert de Jong, a CRD senior scientist, was elected for “seminal contributions to the development of scientific computing tools and approaches used worldwide, which has enabled advancements in the chemical sciences.”

Within CRD, de Jong leads the Computational Chemistry, Materials, and Climate Group, which advances scientific computing by creating and enhancing applications in key disciplines, as well as developing tools and libraries for addressing general problems in computational science. The group is currently focused on applications for exascale computing, quantum computing, and machine learning for chemical and materials sciences and beyond.

He is the Berkeley Lab lead on the Department of Energy Exascale Computing Project’s NWChemEX project, contributing to the development of a new exascale computational chemistry code. Looking beyond Moore’s Law, de Jong is the director of the QAT4Chem and AIDE-QC projects, which are focused on developing algorithms and software for quantum computers. In quantum computing, he is collaborating on various chemical sciences, high-energy physics, and nuclear sciences projects. He’s also working with researchers at the Seaborg Institute to elucidate actinide chemistry.

Throughout his career, de Jong has published more than 110 journal papers, 17 conference papers, seven book chapters, and one edited book with more than 6,300 citations. He is the founding Editor-in-Chief for the IOP journal Electronic Structure, a Specialist Editor for Computer Physics Communications, and an Associate Editor for Computational and Mathematical Methods. 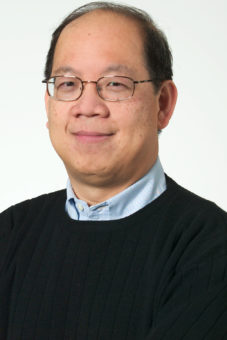 Esmond Ng, CRD senior scientist and division deputy, was elected for “distinguished contributions to research in numerical algebra and high performance computing, and for scientific leadership."

Ng has been a leader in the Department of Energy’s (DOE) Scientific Discovery through Advanced Computing (SciDAC) program since 2001, where he has led a team of computational mathematicians that works closely with domain scientists and develops and applies sparse matrix techniques to solve challenging large-scale DOE scientific problems. The sparse matrix algorithms that Ng and his collaborators have developed are well known and used in a variety of scientific and engineering applications, such as structural analysis, numerical optimization, computational fluid dynamics, and finite element calculations. He was a key contributor to the SPARSPAK package, one of the first efficient and reliable software packages for solving large sparse systems of linear equations. The package was used widely by organizations like Boeing and NASA, as well as by university researchers.

The research efforts by Ng and his collaborators have accelerated scientific discoveries, which include detecting design defects in accelerator cavities through modeling and simulation for the upgrade of DOE’s Continuous Electron Beam Accelerator Facility at Thomas Jefferson National Accelerator Laboratory; predicting the properties of the Fluorine-14 isotope through simulation before it was detected experimentally in 2010 at Texas A&M University’s Cyclotron Institute; and understanding why the Carbon-14 isotope (which is used for carbon dating) has such a long, useful lifetime. All three breakthroughs required the solution of large-scale sparse matrix problems (sparse systems of linear equations and sparse eigenvalue calculations) at the heart of the computation.

Ng’s research career spans more than three decades, during which he has co-authored more than 60 peer-reviewed technical papers and more than 40 conference papers and written chapters for nine books on matrix computation. He also co-authored the book “Parallel Algorithms for Matrix Computations,” which was published by the Society for Industrial and Applied Mathematics. 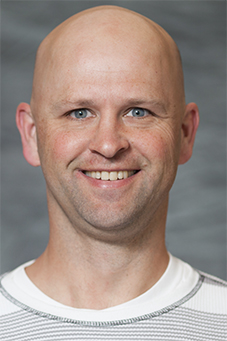 John Douglas Owens, a faculty scientist in CRD's Performance Algorithms and Research group and professor of electrical and computer engineering at UC Davis, was recognized for “fundamental contributions to commodity parallel computing, particularly in the development of GPU algorithms, data structures, and applications.”

Over the last 10 years, John has led a pioneering world-class research program in the area of commodity parallel computing, which utilizes off-the-shelf computing components to build powerful, low-cost parallel computer systems as an alternative to costly custom supercomputer systems. His particular focus is on general-purpose computation using graphics processing units, or GPUs, which have a more specialized architecture than the classic central processing units (CPUs) in computers and can rapidly process high-resolution visuals, for example.

He has made important fundamental contributions in GPU data structures and algorithms that have advanced the state of the field and shared these advances with the field through publications and open-source releases. Owens’ also led the development of Gunrock, which are GPU-based analytic tools known as graph analytics that help scientists understand relationships between different types of data. Gunrock has been adopted by the Defense Agencies Research Program Agency’s Hierarchical Identify Verify Exploit (HIVE) program and GPU-maker NVIDIA’s RAPIDS initiative, which uses GPUs to accelerate data science.