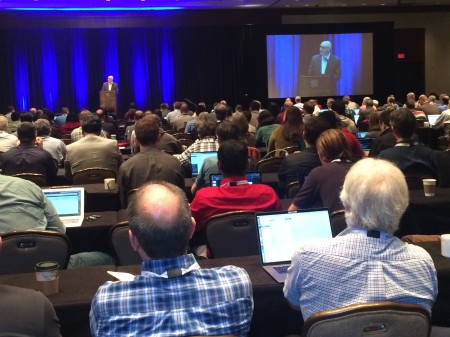 Some 800 people attended this year’s meeting, including about 600 from 13 DOE national labs and more than 200 from universities, industry, and international collaborators, according to Lori Diachin, ECP Deputy Director. Day 2 kicked off with an enthusiastic keynote by DOE Office of Science Director Chris Fall about the increasing impact of the ECP’s efforts on the future of HPC systems, software, applications, and distributed networks.

“The Exascale Computing Project is about more than just building fast computers,” Fall said. “It’s about coupling the fastest computers to the world’s best instruments for science over the most capable network. It’s about solving bigger problems faster and more accurately.”

Showcasing how much progress has been made over the last four years, the week-long event featured a plethora of tutorials, BoF (Birds of a Feather) sessions, panels, posters, plenary talks, and focus area meetings. “It feels as though the ECP initiative is really hitting its stride,” noted ECP Communications Director Mike Bernhardt, with a number of major accomplishments in the past year and more poised for this year. 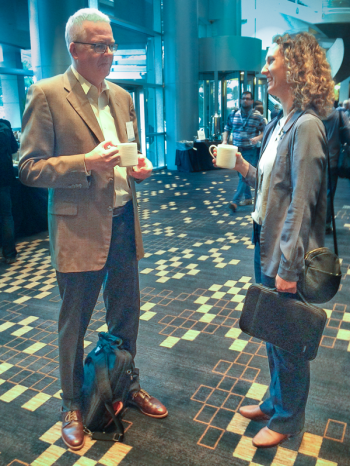 Among the 2019 milestones was the much-anticipated Critical Decision-2/3 review, which received high marks across the board, a significant indication that the project is on track to achieve its goals, noted ECP Director Doug Kothe in his “State of the ECP” presentation. (For more details, listen to this new ECP podcast with Kothe.) Other high-level highlights over the past year include:

“Over the past two years, I've been deeply embedded in ECP as Software Technologies Deputy Director and have seen the entire project mature in terms of developing closer connections between applications, software, and the DOE HPC facilities,” said Jonathan Carter, who recently took on the role of Associate Laboratory Director for Berkeley Lab’s Computing Sciences Area. “Everyone will benefit in terms of application performance and portability, software development best practices, and facilities serving their user base more effectively.”

Berkeley Lab’s contributions to these projects continue to be multifaceted as well. Here is a sampling of presentations from the ECP meeting involving Computing Sciences staff: 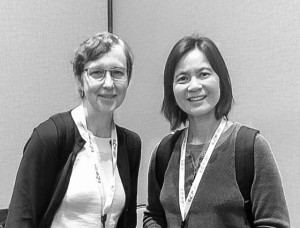 Kathy Yelick, co-leader of the ExaBiome project, and Sherry Li, who leads a project to develop algorithms and software for exascale systems, consult during a break at the ECP meeting.

In addition to ECP’s support of these and other R&D efforts, the organization works closely with a number of vendors who are actively adopting HPC into their design and manufacturing processes and developing new HPC technologies. These advances were showcased at the meeting’s Industry Panel, organized by ECP’s Industry Advisory Council, where four vendor partners discussed “Industry Imperatives for Exascale”: moderator Dave Kepcznyski, CIO of GE Research; Prith Banerjee, CTO of ANSYS; Frank Ham, CEO of Cascade Technologies; and Bill Nitzberg, CTO of PBS Works at Altair Engineering. They shared how their companies and customers are using HPC, what challenges remain in getting some industries to fully embrace new design and manufacturing technologies, and their excitement as exascale computing capabilities move steadily toward reality.

“The focus is no longer just on applications and software development but around the researchers,” Kepcznyski said, echoing the sentiments Dr. Fall expressed in his keynote address. “It is about building an ecosystem that is reliable, sustainable, and portable.”