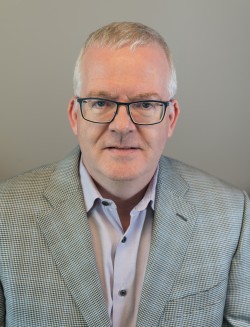 “I am excited and honored to take on this role at a time when computing is becoming more and more pivotal to scientific discovery in all disciplines,” said Carter. “The next ten years will see a continued and rapid expansion of both computational data analysis and use of modeling and simulation. Such a demand will necessitate the deployment of exascale systems and other emerging computer architectures. I am confident that Berkeley Lab Computing Sciences has the ability to address these challenges as well as execute a strategy to lead in the future.”

In his 23 years at the Lab, Carter has held technical and management roles in the CS Area, first as a technical member and then manager of the National Energy Research Scientific Computing Center (NERSC) User Services Group. During this time, Carter played a key role in procuring and deploying two of the world’s fastest supercomputers at NERSC. After these successes, he served as CS Area Deputy for eight years and nearly four years as CS Area Deputy for Science.

In his two deputy roles, Carter gained a comprehensive understanding of how to effectively manage large complex projects, such as the build-out and move to the Area’s new home in Shyh Wang Hall. More recently, he has held leadership roles in several initiatives within the Department of Energy (DOE) complex, most notably the Exascale Computing Project and Quantum Information Science (QIS). He has been instrumental in establishing Berkeley Lab’s national reputation as a leader in HPC and was largely responsible for successfully building a close relationship with UC Berkeley to help position the Lab to compete for and win more than $60M in QIS funding in 2018.

“Jonathan’s role in the development of the Area Strategic Plans and his range of experience and national leadership in Exascale and Quantum, two areas of critical strategic interest to the Lab, make him the ideal candidate to lead the CS Area into the future,” said Mike Witherell, Berkeley Lab Director. “Jonathan is a proven leader in and out of the Lab, and his ongoing relationships with key national stakeholders is of great strategic importance as we address some of our nation’s most urgent scientific challenges.”

Carter has also successfully managed internal cross-Lab collaborations. These included the Novel Computing Technologies and the Machine Learning for Science (ML4Sci) Laboratory Directed Research and Development (LDRD) initiatives. Both of these initiatives required bringing together experts who typically did not work together to tackle a multi-disciplinary challenge. This led to the building of strong working relationships across the other five scientific areas.

“I am very pleased to see Jonathan take leadership of the CS Area,” said Horst Simon, Berkeley Lab Deputy Director who originally joined the Lab as NERSC Director and later went on to found the Computational Research Division and lead the CS Area as ALD. “With his expertise in areas of strategic importance to the lab and vision for the future of the Area, he will have the opportunity to continue strengthening Berkeley Lab’s position as a worldwide visionary in scientific computing and advanced networking.”

Before coming to Berkeley Lab, Carter was a scientific staff member at IBM Research - Almaden, San Jose, Calif., in the Science and Technology Department. Here he conducted research and development of computational chemistry methods and software for application to technology challenges. He holds a Ph.D. in Theoretical Chemistry and a Bachelor’s degree in Chemistry from the University of Sheffield, United Kingdom. Carter followed his formative education with postdoctoral work at the University of British Columbia, Canada and at IBM Research.