Two technologies developed by Berkeley Lab Computing Sciences staff were finalists for the 2020 R&D100 Award: ESnet Portal and Institute for the Design of Advanced Energy Systems (IDAES). And on October 1, IDEAS was honored with a 2020 R&D100 Award in the Software/Services category.

High-speed unclassified networks like the Energy Sciences Network (ESnet) are an integral part of modern science. But such networks are often invisible to users because of their high reliability and robustness, which is the result of constant monitoring and planning by network engineers. To make the network less of a black box for its users, a team of ESnet engineers developed the ESnet portal.

The first of its kind in the research and education community, ESnet Portal is a platform that allows users of high-speed networks to visualize network traffic patterns and avoid potential obstacles during collaboration. It also clearly illustrates the important role that networks play in the pursuit of scientific discovery.

“Through the ESnet Portal Interface, we’ve increased the ability for Department of Energy researchers and IT support staff at various sites to understand the performance of the networks they rely on,” said Peter Murphy, an ESnet Computer Systems Engineer and one of ESnet Portal’s lead developers. “I’ve worked on this project in various forms for the past seven years and it’s so incredibly satisfying to see the importance of it recognized by the R&D100 awards.”

The first version of ESnet Portal was released in 2011, and it has been updated in various ways over the years to meet the evolving demands of science. An updated version of the portal introduced in 2019 adds machine learning for new predictive application programming interfaces, while a cloud-based backend enhances data collection and analytics. The portal itself is not an open-source project, but many of the components ESnet developed to implement it are. 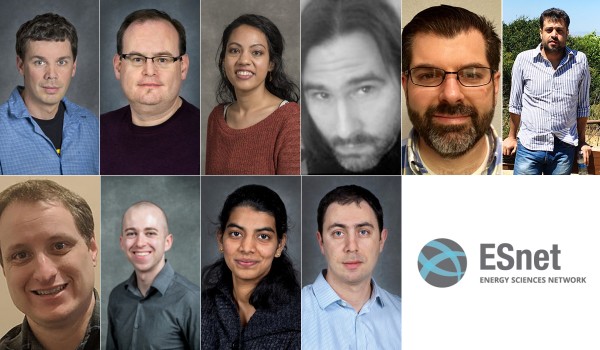 Institute for the Design of Advanced Energy Systems (IDAES)

By providing rigorous modeling capabilities, the IDAES Modeling & Optimization Platform helps energy and process companies, technology developers, academic researchers, and the U.S. Department of Energy to design, develop, scale-up and analyze new and potential PSE technologies and processes to accelerate advances and apply them to address the nation’s energy needs. The IDAES platform is also a key component in the "National Alliance for Water Innovation,” a $100M 5-year DOE project led by Berkeley Lab, which will examine the critical technical barriers and research needed to radically lower the cost and energy of desalination.

“I am excited to see IDAES selected as an R&D 100 finalist. The new capabilities that we are building are unique, groundbreaking, and eminently useful for a broad range of applications,” said Daniel Gunter, who heads the Computational Research Division’s Integrated Data Frameworks Group and IDAES team member. “The project team includes a number of top experts across the domain, and even more impressively the team collaborates deeply and well -- better than any team this size I have ever been part of. I feel privileged to be part of this very successful example of the power of team science.”

The IDAES Integrated Platform team includes top-tier researchers from around the world employed at labs and universities throughout the nation. (Photo captured prior to March 2020)