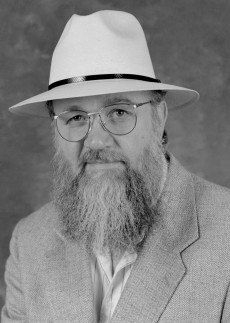 William E. “Bill,” Johnston, an LBNL senior scientist  who has worked in the fields of networking and high-speed distributed computing since the creation of the Internet, was appointed this week as the project manager for the Energy Sciences Network (ESnet), effective immediately.

ESnet is a high-speed network serving thousands of Department of Energy scientists and collaborators worldwide. A pioneer in providing reliable high-bandwidth connections, ESnet provides researchers at national laboratories, universities and other institutions with the collaborative capabilities needed to address some of the world's most important scientific challenges. Managed and operated by the staff in the Lab’s Information Technologies and Services Division (ITSD), ESnet is widely regarded as one of the world’s leading high performance research networks.

Bill Johnston brings more than three decades of experience and service to this position. His experience in high-performance networking research and his worldwide recognition as a leader in Grid development uniquely qualify him to lead ESnet, Associate Laboratory Director Bill McCurdy said of Johnston’s appointment. Johnston most recently served as head of the Distributed Systems Department in the Computational Research Division and has also served as a task manager for the Prototype Data Services in the Grid Common Services project at NASA Ames Research Center. He has been a key leader in the development of DOE’s Science Grid as well as NASA’s Information Power Grid. He is frequently invited to speak at computational and data Grid meetings around the globe.

“Reliable, highly capable, and very high-speed networking is at the heart of today's data and information centric process of science, and ESnet is the country's premier network dedicated to the practice of large-scale science,” Johnston said. “I look forward with enthusiasm to working with the excellent ESnet staff. Together we will continue leading the way in making networking serve science, and in creating new scientific capabilities from advanced networking and network related services.”

Johnston’s longtime research interests include high-speed, wide area network-based distributed systems, widely distributed computational and data Grids, public-key infrastructure-based security and authorization systems, and use of the global Internet to enable remote access to scientific and analytical instrumentation. Other professional activities include principal investigator for several DOE Office of Science projects related to these topics, including the DOE Science Grid. In the Global Grid Forum, he is co-chair of the Architecture Area and co-chair of the Grid Protocol Architecture Research Group.

He has worked in the field of computing for more than 35 years, and has taught computer science at the undergraduate and graduate levels. He has a master’s degree in mathematics and physics from San Francisco State University.

“We are truly fortunate that Bill Johnston is bringing his experience and expertise to the job of ensuring that ESnet continues to anticipate and address the needs of the DOE research community,” McCurdy said.