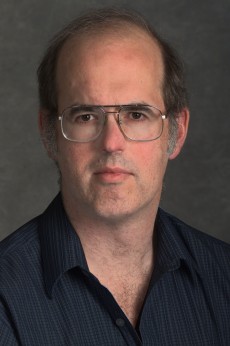 John Bell, a senior staff mathematician at the U.S. Department of Energy’s Lawrence Berkeley National Laboratory, has been named as the recipient of the 2005 Sidney Fernbach Award. The Fernbach Award is given by the IEEE Computer Society for an outstanding contribution in the application of high performance computers using innovative approaches. The award was presented at the SC05 conference held Nov. 12- 18, 2005, in Seattle.

“I am delighted to confirm that you have been selected to receive the 2005 Sidney Fernbach Award with the following citation: For outstanding contributions to the development of numerical algorithms, mathematical and computational tools and on the application of those methods to conduct leading-edge scientific investigations in combustion, fluid dynamics and condensed matter,” IEEE Computer Society President Gerald Engel wrote to Bell.

Bell, who joins LBNL’s Phil Colella and David Bailey as recipients of the Fernbach Award, leads the Center for Computational Sciences and Engineering in LBNL’s Computational Research Division.

The citation on Bell’s award read, “John is at the top-most tier of the computational science community. His sustained record of outstanding technical contributions broadly used and accepted techniques and top quality mathematical software packages clearly qualify him for the Fernbach Award.”

The most recent work of Bell and his group, featured on the July 19, 2005 cover of the Proceedings of the National Academy of Sciences, was the development of the most impressive direct numerical simulation (DNS)-style combustion simulations to date. These laboratory-scale simulations of turbulent premixed methane combustion used 20 chemical species, 84 reactions, and no models for turbulence or turbulence chemistry interactions. For the first time researchers have been able to compare full-field images of entire laboratory-scale turbulent flames with views of the same produced by computer simulations uncompromised by turbulence models. This work allows direct comparison with experiment and contains sufficient chemical fidelity to allow detailed investigation of how the turbulence affects the process of combustion itself.

In 2003, Bell was a co-recipient of the SIAM/ACM Prize in Computational Science and Engineering, awarded by the Society for Industrial and Applied Mathematics (SIAM) and the Association for Computing Machinery (ACM). His current research focuses on the development and analysis of numerical methods for partial differential equations arising in science and engineering. He has made contributions in the areas of finite difference methods, numerical methods for low mach number flows, adaptive mesh refinement, interface tracking and parallel computing. He has also worked on the application of these numerical methods to problems from a broad range of fields, including combustion, shock physics, seismology, flow in porous media and astrophysics.

In addition to his research contributions, Bell has also been an active contributor to the research community. He served as co-organizer of the 2004 SIAM Annual Meeting. He was editor of the SIAM Review from 1994-97 and editor of the Journal of Computational Physics from 1990-91. Most recently, he helped launch and serves as managing editor of the journal Communications in Applied Mathematics and Computational Science (CAMCoS).