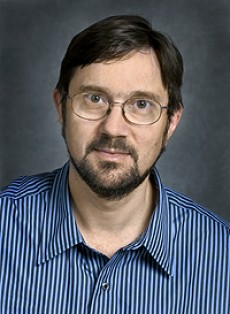 Vern Paxson, a network researcher at the U.S. Department of Energy’s Lawrence Berkeley National Laboratory, has been awarded the Association for Computing Machinery’s Grace Murray Hopper Award for his work in measuring and characterizing the Internet.

“His innovative techniques are used to assess new communications concepts, improve network performance, and prevent network intrusion,” according to the ACM. “ They provide both the research community and Internet operators with the tools to improve the operation of this increasingly diverse, decentralized communications infrastructure.”

The award is presented annually to the outstanding young computer professional of the year, selected on the basis of a single recent major technical or service contribution. The candidate must have been 35 years of age or less at the time the qualifying contribution was made. The Grace Murray Hopper Award includes a $35,000 prize, with financial support provided by Google.

Paxson, who is a member of Berkeley Lab’s Advanced Computing for Science Department, is also affiliated with the International Computer Science Institute and recently joined the faculty at the University of California, Berkeley. The award recognizes his work in the mid-1990s, primarily his Ph.D. dissertation, which “[laid] the groundwork for the exciting resurgence in research in Internet measurement during the last ten years,” according to the award citation.

“The fact that so many people today take the speed and the reliability of the Internet for granted is due in large part to Dr. Paxson’s early career research into accurately measuring just how traffic moves from point to point on this network of networks,” said Michael Strayer, Associate Director of the Office of Advanced Scientific Computing Research in DOE’s Office of Science, which funds network research at Berkeley Lab and other national laboratories. “This prestigious award is fitting recognition of Dr. Paxson’s key role in advancing our understanding of the Internet, which is increasingly critical to our global scientific and economic competitiveness.”

“Paxson's Ph.D. thesis—a tome at over 400 pages—is one of the only dissertations that was (and still is) widely read by other researchers in the networking community,” according to the ACM. “His early measurement papers are still widely cited, and his style of research adopted as a gold standard for how to measure a complex, heterogeneous network like the Internet and make statistically sound statements about its properties and their implications. The vibrancy of the Internet Measurement Conference (which he co-created in 2001) and the prevalence of measurement papers at other networking conferences are a testament to the influence of his initial research in this area.”

The Hopper Award continues a series of honors given to Paxson. In 2007, he was named a fellow of the ACM. The fellowship is given to scientists who have made “outstanding technical and professional achievements in the field of information technology.” In 2006, Paxson was awarded the first-ever “test of time” award by ACM’s Special Interest Group on Data Communications (SIGCOMM) for his 1996 paper “End-to-end routing behavior in the Internet,” citing the paper as the most influential networking paper written 10 years ago.

ACM also noted “Through a series of highly influential papers, Paxson’s findings revealed the mismatches between reality and the common assumptions made in analytical and simulation models.  By combining the extensive collection of data from many locations with sophisticated statistical techniques, he provided a wealth of useful information about the nature of the Internet and ways to improve its operation.”

Paxson is also well known for his leadership in the development of Bro, an intrusion detection system for monitoring and tracing network attacks. He received his M.S. and Ph.D. degrees from the University of California, Berkeley.